Mbombo: From domestic worker to MEC

Western Cape Health MEC Nomafrench Mbombo’s office is on the 21st floor, with views over Cape Town. Seated at a large desk, her eyes flit over a television screen on the far wall. For a moment her features cloud over.

“This,” sighs Mbombo, gesturing at NHI headlines floating across the TV screen.

She has been outspoken about opposing the bill. While supporting universal health coverage goals in South Africa, she says nationalisation is not a viable means for achieving that.

“Centralised government decision-making in healthcare has shortcomings. This was already evident in the testing phases of the NHI. Strong provincial health systems are key,” she says.

Mbombo’s beliefs are underpinned by her nursing and academic career spanning the country’s three coastal provinces: the Eastern Cape, KwaZulu-Natal and the Western Cape.

Here in the Western Cape, her unique challenges include crime-related injuries such as gunshot and stab wounds. Gang shootings are on the rise on the Cape Flats, with more than 70 patients treated for gun injuries at Groote Schuur Hospital each month this year.

“Surgeons have done the costing,” says Mbombo. “It costs about R25,000 per person who presents with a gunshot, especially multiple gunshots. And this does not include EMS [emergency medical services] transport and recovery time afterwards. Our health budget is going to crime.”

Surgeons and paramedics are so busy saving the lives of people caught in the crosshairs of crime that the waiting time for other patients with less immediate life-threatening problems has skyrocketed.

“A pregnant mother who might have called an ambulance, or an elderly person who has difficulty breathing are probably categorised as ‘priority two’, but due to priority-one injuries, such as gunshot wounds, they now have to wait,” says Mbombo.

Another problem is paramedics having to wait for police escorts to enter “red zones” – the most dangerous areas. Mbombo has joined paramedics when they need to get to these areas.

“I went with an EMS team to Mitchells Plain, it was 10pm, [and] I observed firsthand the delays the ambulance faced getting to a 5-year-old boy.”

She says most incidents take place on payday weekend at the end of the month.

Mbombo, the first black woman in former premier Helen Zille’s cabinet, is not scared to pack a punch. Perhaps this is due to her formative years in Mdantsane township outside East London, which is famous for its boxing culture. Mdantsane is home to boxing legends Welcome Ncita and the late Nkosana “Happy Boy” Mgxaji. Mbombo keeps a boxing bag and gloves ready at her double-storey home in West Beach, near Blouberg Beach, in Cape Town.

Growing up, her father was unemployed and her mother worked at a fish and chips café. From a young age Mbombo assumed the role of the family’s caretaker.

“We had such a big family. I only realised in about Standard 9 [Grade 7] that I was one of just three siblings. I always assumed that all of my cousins were siblings.

“I mean, my mother would leave home by 4am and come back at 10pm. So you didn’t see your actual parents; you were being cared for by anyone in the council house. Then, when I was older, I ended up having responsibilities to look after the younger ones too.”

Mbombo was also the family “nerd”; the one who read newspapers and listened to the radio. “I used to write letters on behalf of the community,” she recalls. “They would ask: ‘Can you please write me a letter for a grant? Can you write a letter to the school?’”

After matriculating, Mbombo was determined to become a healthcare professional. “Generally, for our generation growing up in the township, the thing you always wanted to be is a nurse, sometimes a doctor.”

She applied to several universities for bursaries – without success.

“It was common that after matric you must find work so you can help take care of the others. When I didn’t get a bursary I became a domestic worker.”

Mbombo was fired three times; the third was spectacular. “With the third job, my employer would go out with her children, leaving me to clean the house. Usually, she would return at around 3pm,” says Mbombo, who stares out the window and starts to chuckle.

“It’s common,” she continues, “when you have not been exposed to things, to start exploring.  I used to explore that whole house. I would wear the madam’s clothes and stilettos, and take tea from her best China cups. On that day – it was a Monday – I was wearing the madam’s best dress and reading their Sunday newspapers on the sofa. Well, imagine my surprise when she arrived home early. She was angry. She scolded me and said: ‘You don’t belong here.’”

These cutting words became deeply significant. “I will always remember those words,” says Mbombo. “I realised that, yes, I don’t belong in that domestic worker job … that God has different plans for me.”

Some months later, while roaming East London’s streets unemployed, Mbombo bumped into a neighbour. A nursing sister, who had good news.

“I was window shopping, looking at a dress and thinking: ‘I will buy this dress one day.’ And then this woman said to me: ‘Nomafrench, did you apply?’ I said, ‘No, what’s happening?’ It turns out they had introduced a nursing degree at [the University of] Fort Hare, where you didn’t have to pay for anything. Actually, they paid you; you got a salary while studying.”

The next day Mbombo applied. Competition was tight as the course had capacity for only 40 students, from all over the country, but her results were good and she was accepted. 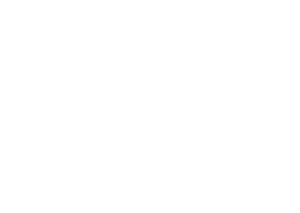 “I was 18. It was a four-and-a-half year course. So, yes, that’s how it all started,” says the MEC as she leans back in her chair.

She recounts her first job – as a maternity nurse – at Frere Hospital in East London. “I ended up having lots of these low birth weight babies. In addition, HIV was rearing its head.”

After three years at the hospital, Mbombo went on to complete a master’s degree at the University of KwaZulu-Natal. Her research focused on homecare for children from informal settlements living with HIV/Aids. She was then headhunted by the University of the Western Cape (UWC), where she obtained a PhD. “By the time I was pursuing my PhD, I was combining my professional midwifery experience with aspects related to gender,” she says.

“I had learned that health is about more than just physical illness, it’s about empowerment too.” She was promoted to associate professor in sexual and reproductive health and rights.

After 15 years at the UWC, Mbombo needed a new challenge. She was considering going to Bangladesh to do humanitarian work, when she received an invitation to a Democratic Alliance (DA) meeting of black professionals.

“I must just tell you,” she says, “behind the scenes I was an ANC person. I went to this dinner. There were lots of us: accountants, academics, whatever. We didn’t know each other. What they said was this: ‘We invited you because we know you are disinterested. We want you to dissect our policies – as the DA – and tell us what is wrong so that we can fix it in order to attract people like you.”

The seduction was successful, and Mbombo joined the DA in 2013. “I realised that in order for there to be constitutional democracy in South Africa, you need to have a strong opposition,” she says.

In May 2014, she became a member of the provincial legislature. Soon after, she received a call “out of the blue”. It was Helen Zille, who was then the premier. “I was at a mall when I got the call,” recalls Mbombo. “It was noisy. I heard, ‘Hi, Nomafrench. I’m Helen Zille. How are you?’ I said, ‘Hi, how are you?’ And she said, ‘Would you please be my minister of sports and culture?’ I wasn’t expecting that. In December I got a call from her again and she said, ‘Can you do me a favour, please?’ I said, ‘Yes, prem.’ And she said, ‘On the first day of January I’m announcing a cabinet change…’ I was like, ‘Oh, okay, so you’re firing me?’ And she said, ‘No, silly, can you please be my minister of health?’”

Today, Mbombo is in her second term as the Western Cape MEC of Health. Meanwhile, she is also the federal leader of the DA’s Women’s Network. On Women’s Day, August 9, in Port Elizabeth, she delivered a speech titled Women Shall Rise and Break Their Silence.

“We remain at the top of the unemployment chain. Women who are employed face the painful reality of being manipulated into giving sexual favours in return for keeping their jobs,” she says, adding that in many communities young women are forced to sleep with teachers to get better marks.

Mbombo shares her house with her two daughters. One is a student at the University of Cape Town, the other has a job in public relations. “We are the three musketeers,” she says, explaining that she raised her daughters alone, as she is “happily widowed”. Her husband, originally from Port Elizabeth, passed away in 2003.

“The bottom line,” concludes Mbombo, “is to fix South Africa… in a large part, for the future of my children.”

The COVID-19 epidemic in the Western Cape is at least a few weeks ahead of that in South Africa’s other provinces. Some leading doctors in the province have shared some key lessons learned in recent months.

The HIV epidemics in South Africa and the United States are different in important ways, but some key metrics look remarkably similar.

There is mostly agreement that our environment is in a dire state and that it is closely linked to the health of communities. SECTION27’s Nomatter Ndebele and photojournalist Thom Pierce went to meet Mpumalanga activist Thomas Mnguni. 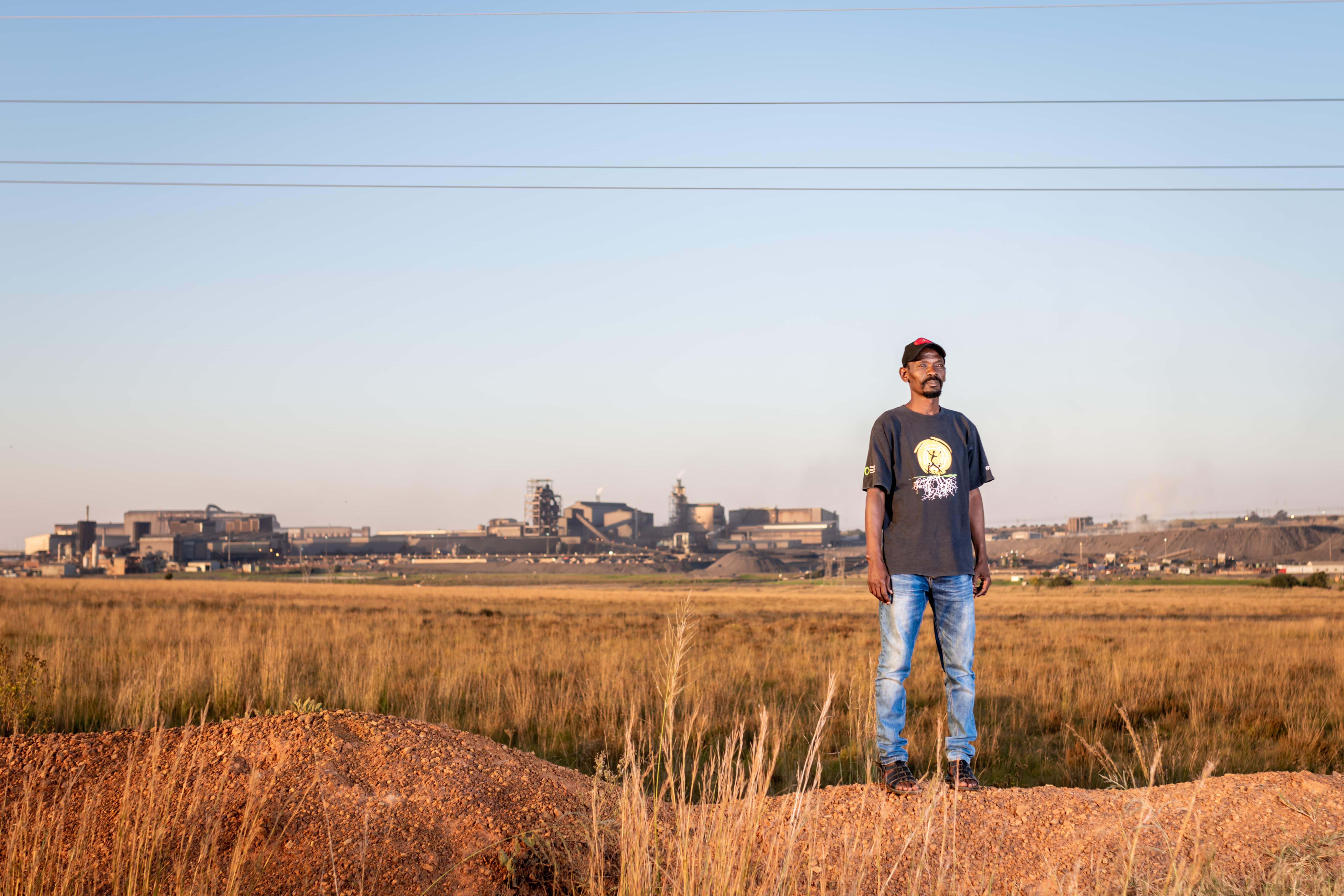 One Response to “Mbombo: From domestic worker to MEC”