Home Blog Latest Vote4Health: Artist colony paints dull picture for rural healthcare
“They were still using the [old] clinic when the whole wall cracked, and they put red tape around and it was a total hazard. They had no other clinic to go to.”, said Hofmeyr. Photo: Kathryn Cleary

Hamburg in the Eastern Cape, sits tucked away between the Keiskamma River and Indian Ocean coastline. About half way between Port Alfred and East London in the Amathole District, the village filled with artists paints a lacklustre picture of primary healthcare in rural areas. With less than 2 000 residents, one small government clinic and the nearest hospital 40 kilometres away, residents are under strain.

In 2013 Spotlight (then NSP Review) published Death & Dying in the Eastern Cape which among others highlighted the dire state of Hamburg Clinic. In 2017 Spotlight reported that the Hamburg Clinic had been in a dismal state since 2012, and after five years of negotiations, the Department of Health agreed to re-build. The project was scheduled to be completed within a year. Spotlight re-visited the community recently.

Veronica Betani has lived in Hamburg since 2000, and works as a seamstress and supervisor at the Keiskamma Trust; an internationally known non-governmental organisation with programmes in art, music, education and health.

Betani estimated that the old government clinic closed down four years ago; as well as an HIV/AIDS hospice centre that was managed by the Keiskamma Trust. There was a big cry from the community when it closed, because we don’t have the money to take to hospital. We don’t have transport.”

While Nompumelelo Hospital in Peddie is 40 kilometres away, Frere and Cecilia Makiwane in East London are just under 100 kilometres.

Currently the Trust has two vehicles that are used for transport to hospitals at no cost to residents. Betani stated that this service has been operating for more than 10 years. Unless residents have a private car or money for a taxi, these vehicles are the only option.

Betani has little faith in provincial emergency medical services (EMS); and with the Eastern Cape reportedly experiencing a shortage of ambulances, the odds of one travelling 15 kilometres off the R-72 on a gravel road to Hamburg, are generally not in the community’s favour.

Carol Hofmeyr, Founder of the Keiskamma Trust and general practitioner, knows the community’s health background well. Starting in 2000 Hofmeyr worked in Hamburg in response to the HIV/AIDS crisis before antiretrovirals (ARVs) were widely available. With funding from the Trust, the organisation was able to purchase ARVs for the community.

“We were the only people with ARVs”, recalled Hofmeyr. “Even Port Elizabeth and East London didn’t have. But when the government system got in place after (then President) Mbeki left, then the government health service started providing everything.”

Two sides to the same story

In 2017, the government clinic relocated to a Keiskamma Trust building, next to the new building.

It is a small space of only a few makeshift examination rooms, meeting room and  a cramped waiting area that might comfortably sit 10 people. At the time Spotlight visited, a small group of school children were waiting patiently, and nursing staff were hurrying off to a meeting.

A source at the clinic spoke briefly to Spotlight under anonymity, stating, that everything was fine at the clinic, something other sources would later contradict.

The source said that the clinic saw about 700 patients with no issues of patient management or the supply of stock. “When we are out of stock, we order”, they said. The source added that TB infections appeared to be on the decline, with only seven reported cases in 2018 and one so far for 2019.

The source said that the new clinic building was to be opened in May.

Eastern Cape Department of Health Spokesperson, Lwandile Sicwetsha, told Spotlight that the new clinic was complete but could not be opened due to outstanding water connections. “Our infrastructure department is working on resolving this matter with the municipality. It will only be opened when the water connection has been done.”, said Sicwetsha.

“We were so happy to know that by 2019 we were going to have a clinic but we are still waiting for them to open.”, said Betani.

Betani added that frequently the clinic was out of certain medications, another resident said the same, with two of her family members in need of medication on a monthly basis.

Marionette Coetzee is a pensioner in Hamburg that lives with her husband and elderly mother; both need chronic medication on a monthly basis that Coetzee can rarely receive from the clinic alone. Coetzee has no transport and often uses a taxi to East London for specialist appointments and additional medication.

“You will be there at (the clinic) seven in the morning and there’s already benches of people. You will not walk out there before half past four in the afternoon. You will sit there the whole day, sometimes it’s just ridiculous.”

Coetzee showed Spotlight a collection of medication lists that she takes to the clinic each month for her family; from month to month there were clear inconsistencies in the availability of each drug. According to Coetzee’s list, on 21 January the clinic was out of drugs including Tramadol, a common narcotic painkiller, Ventolin solution for asthma, and Diazepam for anxiety.

Coetzee also alleged that a nurse at the Hamburg Clinic is often drunk and smells of alcohol, she was not the only resident that expressed this concern.

Zukiswa Nduli* is a mother in Hamburg, and stays in a small home on the hillside with her children. “We’ve got a challenge with the [one] nurse working there, the problem is [they] are always drunk even if [they] come to the clinic.”

Sicwetsha said the department was aware of the incident and the matter had been referred to the internal employee wellness programme.

Nduli* added that although the current clinic’s location was closer, the services had not improved.

“It’s worse”, she urged. “When we are going to the clinic there is no privacy, even if they try to check if you are pregnant or HIV positive, they can’t keep the secret. They talk to everyone about your health.”

Thinking rural for the NHI

With elections quickly approaching, the proposed National Health Insurance (NHI) system remains a hot topic, particularly for rural areas. Nduli* had not even heard of the NHI, and other residents who were questioned on how it would affect them.

Rural Health Advocacy Project Director, Russell Rensburg, told Spotlight that the NHI was an opportunity for reform in the healthcare system. He described the current system as “out of balance”, filled with issues of management and accountability. Though rural residents will not see results immediately, Rensburg believed the NHI was a step in the right direction.

Sicwetsha stated the Eastern Cape’s NHI pilot project has been tested in rural areas of Alfred Nzo and OR Tambo Districts. “The department is leveraging on these lessons to other areas of the Province.”

Looking forward, future plans for development of the Eastern Cape’s rural healthcare system are under wraps. Sicwetsha said that “plans for the year will be unveiled during the tabling of policy speeches and strategic documents (Annual Performance Plans, Operational Plans and Strategic Plans).” In the meantime, Sicwetsha stated that the department had partnered with the Keiskamma Trust to ensure outreach services continue in Hamburg and surrounding areas.

*Names have been changed to protect the identity of the source

Kathryn Cleary is a health journalist with Grocott’s Mail in Makhanda, Eastern Cape and was commissioned by Spotlight to write this article.

UNAIDS Nigeria Country Director’s threat to sue AIDS activist Vuyiseka Dubula for implying that he is a sexual predator may have backfired as more witnesses come forward. Update: UNAIDS have since placed Morah on special leave. By Kerry Cullinan, Health-e News Service 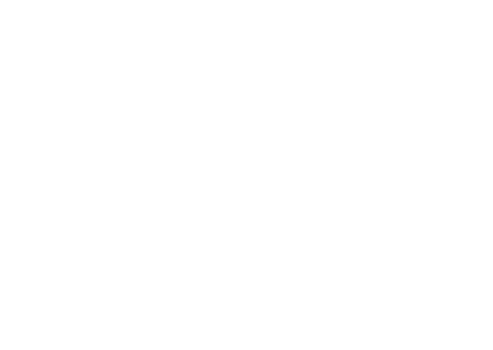 By Marcus Low and Ntsiki Mpulo – Aircraft have been used effectively to provide emergency medical services and to transport medical specialists and other supports services to deep rural and underserved areas in South Africa since 1960.

At Madwaleni Hospital in the rural Eastern Cape, vaccinations of health workers were set to start this week. However, steering this rural hospital to this point through a global pandemic, had its challenges. Bienne Huisman spoke to one doctor about how they made it through the first and second waves of the pandemic.