Make the health system, not health politics, a priority in this SONA

South Africa has been “on the brink” of major health system change for almost a decade. National Health Insurance (NHI) has been the buzz-phrase for  years, but somehow it is still one of the most elusive policies of our time and  it is made less tangible with each iteration of the policy.

So where are we now? We are nowhere.

A leaked revision of the NHI Bill late last year included sweeping changes to the version published for public comment, albeit not, apparently, in response to those comments. We remain in the dark about the status of the Bill currently. Task teams have worked on aspects of health system reform in reports that have never been made public. The Competition Commission has spent R196 million on a Market Inquiry into Private Health Care which has made significant preliminary findings and recommendations but has now been stalled until the new financial year due to a lack of political will to find the funds for it to finish the job with urgency.

One of the things that characterizes the South African Health care system, is a lack of political will. Politicians pay lip service to the idea of universal health care, a universal health care that only exists in boardrooms and on power point presentations. On the ground however, universal health care is but a term that blasts out of radios and televisions, but by no means has it translated into tangible change that will better people’s access to healthcare.

At this very moment, there are hundreds of health care users who have been queuing outside healthcare facilities since 4am, there are people who have been turned away without their medication due to stock outs, there are people who have spent their pension money hiring private cars to get their loved ones to hospital. These are the experiences of the masses who have no other option but to go and try their luck in the primary health care system. The people who have battled for years to get attention, are still battling today. These people are not just statistics, they are our mothers, grandmothers, aunts, cousins, and fathers. They are real people who are too often reduced to statistics.

The health care crisis is not just a numbers game. People are losing their lives every single day while we fixate on the passage of an NHI Bill that says little about quality and instead focusses on the creation of a Fund and various opaque structures at national, district and sub-district level.

These delays and obfuscation on the side of government are even more devastating in the context of a health system in crisis. A system in which only 5 of the 696 health facilities assessed by the Office of Health Standards Compliance according to its minimum standards in fact comply with those standards. A system in which private health care users are being pushed into state care through ever increasing costs and unknown quality.

Health financing is a vital component of health system improvement, but the creation of a Fund does not itself improve the health system. Think about the funds that are made available, where does that money go? The government tells us that millions are being pumped into this and to that, but due to high levels of corruption very few people will reap the benefits of those millions.

We cannot afford to stop at only a few incremental interventions and the passing of a Bill. As the Cape Town streets are cleared for tonight’s State of the Nation Address we need much more ambitious and serious action to fix the health system.

We must proceed in the knowledge that quality health care services can improve learning in schools, revive rural economies and save billions of Rands now spent in treating preventable diseases.

We need to expand the investment in human resources for health and establish mechanisms to manage and retain the people in the system. We need to audit and repair infrastructure, strengthen governance and management systems, and develop and implement a plan for the regularisation of healthcare  appointments (uninfluenced by party political structures and patronage). We need to capacitate and better resource health committees and hospital boards to begin to exercise governance functions within health facilities and strengthen the capacity and resourcing of the Office for Health Standards Compliance to ensure that it is able to fulfil its mandate effectively.

There are structures that exist and can be improved upon in order for us to realise universal health care for all. The government cannot work in isolation, as it seems to be doing with NHI. It is not the people in boardrooms who will drive health reform, it is the health practitioners working in facilities. It Is civil society who will provide the required research and expertise.

Access to Universal Health Care will never be achieved in isolation. There must be much more openness and accountability. Government must show real willpower to move forward, not on its own or through lip-service consultations, but in a real and meaningful compact with civil society. On that foundation we need President Ramaphosa to show leadership. On that foundation we can start the urgent work of fixing our healthcare system.

Stevenson is head of health at SECTION27.

Spotlight is published by SECTION27 and the Treatment Action Campaign, but is editorially independent and is a member of the South African Press Council.

Unmanned Aerial Vehicles (UAVs), commonly known as drones, have been used for more than two decades to deliver medical supplies and food aid to disaster-hit areas – and new uses for these devices are constantly being found. Siyabonga Kamnqa looks at where and how drone technology is used in South Africa’s healthcare services. 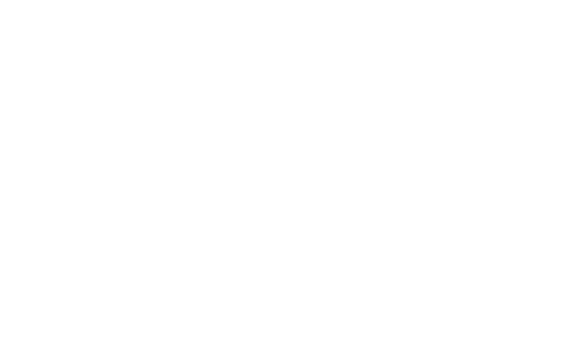 On Monday, March 19 2018 in hours immediately after Justice Dikgang Moseneke read out the last lines of his judgment in the Life Esidimeni Arbitration, there was a media scrum the likes of which I have not experienced before. Read more.