The SADMON Files 4: Autopsy of the Phila communications campaign

In 2015 Sadmon Projects and Consulting was awarded a three-year, R352 million communications contract by the Department of Health. Spotlight analysis of reports Sadmon submitted to the department (obtained through a Promotion of Access to Information Act request) paint a worrying picture of multiple delays and constant miscommunication – all while the bills for the public purse keep mounting up.

July 2017 was a whopper of a month for Sadmon with an invoice of close on R17-million. One of the main activities relates to what now seems like the third launch of Phila, a wellness campaign run for the Department of Health by Sadmon.

The campaign was designed to generate “motivational health messages through innovative mass media communication”. The messages had to address knowing your health status, increasing physical activity, eating healthier food, adhering to treatment and good sexual health and to encouraging a safe, violence-free society.

The campaign had been a stop-and-start affair since Sadmon’s appointment and the conceptualisation of Phila as the overarching “master” campaign – with smaller sub-brands like She Conquers and Max Condoms. Phila is the Nguni name for “Door to Health or Life”.

In June 2016 the Phila campaign made its first outing at an event in Pietermaritzburg where it was “launched” with Max scented condoms, but then the momentum was lost.

The main problem was the reported on-going delays with approvals from the Department on what seems to have been every element of the campaign: the media schedule, the billboard and taxi branding, the radio scripts, the digital platform and the permission letters to “wrap” the NDoH building.

In August 2016, Sadmon states that they are still awaiting sign-off on the “Phila toolkit”. By September the Minister complains that the campaign is not yet up and running – (although one of the issues around a launch date was his availability). By the end of September, the Department has still not signed off budgets or any of the creative elements developed by Sadmon, which by now included an internal staff campaign.

In October 2016 Deputy President Cyril Ramaphosa and the Minister finally launched the campaign. Sadmon goes into production on ads and branding, but the end-of-October report show the campaign once again bogged down in bureaucracy: “the late approval of Phila ATL elements put the team under immense pressure to ensure flighting by end October/beginning November. Reduced Phila media budget and no approval on other plans like PR and stakeholder engagements diluted the impact of the launch. The digital team still awaits remote login details to the website as per resolution taken in September 2016.”

The “wrapping” of the Civitas building in Phila branding was finally done at the end of November.

The campaign limped along. Sadmon’s November 2016 report states: “NDoH missed opportunities to popularise Phila on the radio again, as a result of non-confirmed interviewees. Campaign performance has been jeopardised as interviews were not done concurrently with ATL flighting. Creative approval of Phila billboards and taxi branding artwork also were delayed and only approved on 25 November, a month after the first flighting started. Several ideas for Phila internal launch were presented, but a date has not been set for the staff launch which is a risk as the campaigned started externally without internal buy-in.”

In December 2016 it is reported that further PR opportunities to publicise Phila were “missed” as interviewees “were not confirmed on time”. The prepaid interview schedule was used for the Breastfeeding conference instead.

When asked about the delays with Phila, the National Department of Health defends Sadmon, stating that “the delay was due to departmental scheduling and other factors that were beyond Sadmon’s control as a service provider”.

“In health communication, priorities do constantly change because it has to respond to changing circumstances that cannot be ignored such as outbreaks,” the department explains. “When the Phila was awarded, the NHI process was still at its development stage. The need to heighten communicate on it became necessary to align it with Phila. Also, Phila had to respond to WHO and government annual priorities.”

It is against this background that in July 2017 – ten months after it was “officially” launched – a new attempt is made to get Phila out of the doldrums.

An initial media budget of R40-million is approved, and a media advertising plan is signed off by the Department. The concept of “Phila Thursday” is adopted. It is a play on the “Phuza Thursday” phenomenon.

Sadmon says that “instead of buying junk food for lunch, people were encouraged to pack healthy meals from home, and instead of having takeaways for supper, they were urged to prepare homemade meals with plenty of vegetables for their families. These behavioural changes are aimed at starting a “health revolution”.

The plan is kicked off by introducing Phila Thursday in the press with a series of “call to action” health messages in five newspapers during week one, and seven papers in week two. Soon the lack of coordination between Sadmon and the Department rears its head again.

The end-of-month deliverable report “notes with concern that the Phila Thursday concept is no longer following the initial design. The idea was to feature short, punchy messages to capture people’s attention and introduce them to the main campaign brand – Phila. These messages were to have been aligned with the digital platform to create synergy.

What however transpires is that the strip ads were repurposed for longer format public health messages. As these were at odds with the output on social media platforms, Sadmon says it “undermined attempts at establishing the Phila brand”.

Three Public Service Announcements featuring the Minister “calling on all South Africans to embrace and rally behind the campaign” were however duly recorded.

So, with the handsome July invoice of R17 million in mind, let us recap.

In the basket, we now have an updated Phila strategy document, twelve newspaper strip ads, three different Public Service Announcements by the Minister, a generic radio ad, and a set of implementation plans (media schedules) for the coming months.

Other achievements in July

The following deliverables are listed:

A curious little footnote to the July deliverables roster is the Phila “Safer Holidays” booklet. Auto Reach, a company that does turnkey “in-car activations,” was engaged to distribute the booklet at tollgates. It is not clear why this even mentioned as a deliverable in this month’s report since the Safer Holiday campaign had taken place in April/May, but even stranger is the fact that while the job was outsourced, Sadmon bill 42 hours for this task.

As usual, the management of the Red Ribbon Resource Warehouse is listed. The report highlights a “shortage of condoms and IEC materials” and the call register for July reflects a paltry nine telephone calls and 17 orders. The latter includes six branding events.

Since the Department of Health refuses to provide us with the invoices submitted by Sadmon (even though we requested this in a PAIA request), it is not possible for us to tell how the R17 million invoice was justified. The above represents our best reconstruction based on the monthly reports of work conducted.

Sadmon CEO Cyril Sadiki is dismissive of suggestions that Sadmon did not provide the Department of Health with value for money. “An evaluation of the Phila campaign will be able to make further objective determination in terms of value and impact,” he says. “To the extent that there were challenges and competing priorities that were experienced along the process of implementation those challenges were raised and handled accordingly.”

This is part 4 of a five-part series investigating the Department of Health’s R352 million contract with Sadmon. 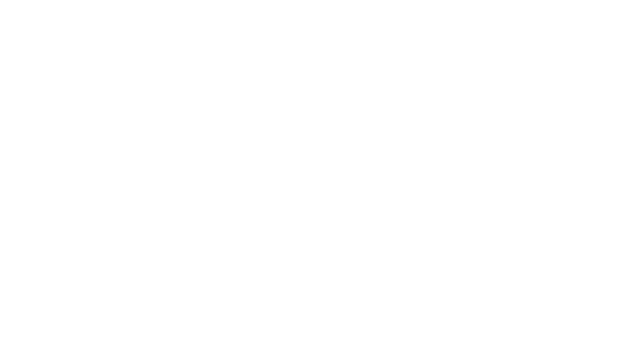 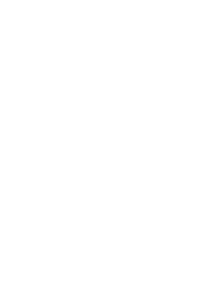