Home Blog Latest The SADMON Files 2: How not to manage a government contract

The SADMON Files 2: How not to manage a government contract

In 2015 Sadmon Projects and Consulting was awarded a three-year, R352 million communications contract by the Department of Health. Documents obtained by Spotlight through a request in terms of the Promotion of Access  to Information Act (PAIA) show an astonishingly dysfunctional relationship between Sadmon and the department.

The monthly progress reports submitted by Sadmon are studded with incidences of frustration and finger pointing. While the Department is clearly highly ineffectual and extracting value from this contract, Sadmon does not come across as the innovative, mass media communication (and project management) experts they profess to be.

In August 2016 – approximately a year after they were appointed – Sadmon’s month-end report becomes strident about the simmering tension with the client. Their delivery on a range of deliverables has been slow, and they lay much of the blame at the Department’s door. One of their “recommendations” is for the Department to commit to “weekly or monthly” status meetings to improve communication. It is a shocking admission that a contract of this magnitude has been running on autopilot for so long – a situation that, from the documents available to Spotlight, seems to never really be corrected.

A slightly edited excerpt from the August report paints a bleak picture: “It takes long for resolutions to be reached from client… late approvals of plans, media statements and budget, means we continue to miss valuable opportunities. Sourcing suppliers at the last hour before an event poses a serious risk that Sadmon might not be able to manage in future. Interviews for Breastfeeding and Universal Test and Treat “had to be cancelled.”

Hurry up and wait

Sadmon’s September 2016 report bemoans “hurry up and wait projects,” which according to Sadmon is “killing momentum” and “lowering staff morale”.

“Verbal briefing and lack of written briefs create serious challenges as it leads to late budget approval and Sadmon being unable to support certain projects. A typical example is the Rotary project which started in July, but at the end of September no written brief or budget confirmation had been provided.”

Another example is the so-called Universal Test and Treat (UTT) campaign. “It was urgent when Sadmon was called on 8 September,” the report reads, but “there has been no movement since then”.

The HPV and MomConnect campaigns “have had no progress in the last two months” and the She Conquers tagline finalisations “have been stagnant since the second week of October 2015.”

In November Sadmon again highlights “missed opportunities”- this time to popularise the stuttering Phila campaign. Radio interviews had fallen through due to “unconfirmed interviewees”. Artwork for billboards and taxis were approved a month after radio and television ads started flighting, leading to a lack of message coordination and a dilution of the intended communication impact.

The TB Prevalence Survey project’s mobilisation also did not start on time because leaflets were “delivered late”, and uniforms “not branded”.

They also complain about not receiving feedback on press releases and not knowing whether they were issued. Sadmon’s finger-pointing here is puzzling since any communication agency worth their salt would be monitoring media impact, and would know if any press releases had translated into media coverage.

One of the big promises Sadmon makes in its bid documents is that it would negotiate added value with media owners. It is not something that seems to happen very often. In December Sadmon reports that that last minute approval of media budgets and schedules resulted in the loss of free interview slots, which led to “minimum awareness” of the Breastfeeding Conference.

Some billboard media schedules were only signed “after media owners had already closed for the holidays” leading to further delays.

Various Phila radio interview opportunities were “not honoured” by the Department, which “jeopardised the publicity around the new mass media campaign”.

Here again, Sadmon’s passing of the buck must be interrogated. They claim to have been unable to drive media interviews for the Breastfeeding campaign because they had not “been provided with sufficient outcomes or critical new information” from the Breastfeeding conference. The excuse makes no sense. Any professional PR agency would attend and monitor events so crucial to developing media briefs. It’s an essential part of any PR practitioner’s job – knowing the topic inside out. This supine attitude towards the critical PR function is a recurring theme throughout the reports obtained by Spotlight.

In February the same complaints resurface: “The inability to distribute media statements gives us no guarantees that it was indeed issued and/or which publications to monitor. The issues around campaign spokespeople should be sorted as it creates a challenge during the implementation of the event when media requests interviews.”

The department’s stuttering master campaign, Phila, comes under the spotlight again. “Phila Launch, Phila Thursdays etc. did not see the light of day, as there were competing programmes and priorities”.

In July, the struggling Phila campaign was finally launched, but the Phila messages were not synchronised with the “Health calendar themes”, and therefore sounded “like a conflicting subject” according to Sadmon. Considering how long the overarching Phila“ mother” campaign had taken to get out of the starting blocks, it is extraordinary that at this point there still was no coordination of messaging across the various platforms.

A prime example of how inept the management of this campaign continued to be was that the broadcast “strip ads”, which had been intended to provide a short, punchy introduction to the Phila campaign, were repurposed for public health messages – leading to a total disconnect with Phila messages on social media. After thirteen months of redoing, rehashing and refining the Phila launch (and Sadmon being paid to do so), Phila dribbled into the public space like a damp squib – very far from the big bang launch of the mass behaviour change campaign envisaged.

Standard practice for any major communication campaign is to leverage the prospect of bulk-buying media space to negotiate additional space, discounted pricing or free editorial. It is something Sadmon failed to achieve.

In the last available report (August 2017) Sadmon concedes the R56 million media budget “has not been utilised effectively” and was implemented in “bits and pieces defeating the purpose of the holistic strategic plan”.

Unbelievably, media bookings were made “weekly” (instead of following a well-negotiated, well-planned bulk-buying strategy) with the result that added value could “not be negotiated or guaranteed”, they say.

Lost opportunities are a constant theme in Sadmon’s reports, but another element is how the weaknesses in management and coordination resulted in straight-up wasteful expenditure of time, resources and money. Three examples illustrate this.

In response to questions from Spotlight, the National Department of Health insists that it received value for money from Sadmon. According to the department, Sadmon was able to raise challenges in a professional manner, and “where possible, NDoH attended to the issues at hand.”

“At all times the relationship with Sadmon remained cordial and professional,” the department told Spotlight. “During certain periods, deadlines given to Sadmon will be impacted by various departmental operational factors that will delay sign off and approvals, which admittedly will be frustrating for any agency. The expression of that frustration was never viewed negatively, rather it was seen as an attempt by Sadmon to hold the department accountable for its end of inter-dependencies that influence delivery. Due to the nature of the health portfolio in South Africa the department has to now and again respond to unplanned incidents, issues and crisis situations which takes focus away from scheduled tasks that involve service providers. NDoH business relationship with Sadmon was always informed by circumstances at hand.”

“Our relationship with National Department of Health (NDoH) has been cordial and professional within the client-service provider parameters,” says Sadmon CEO Cyril Sadiki (also using the “cordial and professional” phrasing used by the department). “The successful management of any contract requires the full cooperation of all parties obligated to that contract. Our view is that there was cooperation and collaboration with the client out of the contractual relationship. However, the NDoH, as the client and contract owner are better placed to appraise us or itself with respect to this specific contract. We also believe that government has other independent and statutory mechanisms that can further evaluate the management, effectiveness of the contract and its outputs.”

“To the extent that there were challenges and competing priorities that were experienced along the process of implementation those challenges were raised and handled accordingly,” says Sadiki.

This is part 2 of a five-part series investigating the Department of Health’s R352 million contract with Sadmon.

New medicines usually take many years or even decades to reach public sector patients in South Africa. One new HIV medicine is an exception. 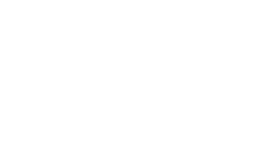 Western Cape Premier Alan Winde is chairing the province’s AIDS council, something his predecessor Helen Zille did not do. Alicestine October sat down with Winde to discuss HIV, Zille and much more.

Healthcare workers are sounding the alarm as life-saving protective equipment runs critically low in facilities across South Africa, and the world, due to increased demand created by the COVID-19 pandemic.