Home Blog Sections The Numbers The numbers: HIV and TB in South Africa

The numbers: HIV and TB in South Africa

What are the key numbers regarding the HIV and TB epidemics in South Africa? On this page we keep track of all the latest estimates from a variety of sources. This page is updated from time to time as new information becomes available. It was last updated in October 2018 with new estimates from the Thembisa model, the WHO and UNAIDS.

1. How many people in South Africa are living with HIV?

According to outputs from the Thembisa model (version 4.1 released in 2018) there were around 7.35-million people living with HIV in South Africa in 2017. This number is likely to keep rising since the rate of new HIV infections is higher than the rate at which people with HIV are dying.

The Thembisa estimate is close to the UNAIDS estimate of 7.2-million people living with HIV in South Africa in 2017.

In his budget vote speech in May 2018 Minister of Health Dr Aaron Motsoaledi said that there are 7.1-million people who are living with HIV in South Africa.

According to the South African National HIV Prevalence, Incidence, Behaviour and Communication Survey 2017 around 7.9-million people were living with HIV in South Africa in 2017 – substantially higher than other estimates.

2.  New infections: How many people are newly infected with HIV in South Africa per year?

The South African National HIV Prevalence, Incidence, Behaviour and Communication Survey 2017 estimated that there was around 231 000 new HIV infections in South Africa in 2017.

The latest UNAIDS figures indicate that there were around 270 000 new HIV infections in South Africa in 2017.

All three estimates above translate to over 600 new HIV infections per day in South Africa.

3.  HIV mortality: How many people die of AIDS-related causes in South Africa per year?

The Thembisa estimate is lower than the UNAIDS estimate of around 110 000 AIDS-related deaths in South Africa in 2016. It should however be noted that these estimates have relatively wide confidence intervals and should thus only be considered to be rough estimates.

In March 2018 Statistics SA reported that HIV was indicated as the cause of death on the death notifications of 21 830 people in 2016. This number is an underestimate since death notifications do not allow for multiple causes of death to be indicated – in many cases where TB or pneumonia is written on death notifications HIV would be the underlying cause. In addition, in the Stats SA report over 57 000 deaths are categorised as “Ill-defined and unknown causes of mortality”. It seems likely that at least some of these 57 000 deaths would be because of HIV. The Statistics SA mortality and causes of death report is useful, but studies and models that use its information in combination with other sources of information are likely to produce more reliable estimates of the actual numbers of people who die of HIV and TB.

While the District Health Barometer (2015-2016) focuses on years of life lost rather than deaths per year in its burden of disease chapter, it is clear on the role of HIV in deaths, stating: “In 2000, 2005, 2010 and 2015, the three leading single causes of YLLs (years of life lost) in South Africa were HIV-related conditions, TB and  pneumonia,  with  diarrhoea  ranking  fourth  in  2000  and  sixth  in  2015,  suggesting  that  HIV-related  mortality  remains  the   leading cause of YLLs in the majority of districts in South Africa.” They also address the death reports issue, stating: “It is important to note that a large proportion of HIV deaths has been misattributed to immediate causes of death such as TB,  diarrhoeal diseases and lower respiratory infections.”

4. How many people are receiving antiretroviral therapy in South Africa?

Whichever source you believe, there are in the region of 3-million people living with HIV in South Africa who are not receiving treatment. According to treatment guidelines all people living with HIV are eligible for treatment. Evidence from the START trial has definitively shown that it is better to start taking HIV treatment earlier rather than waiting for the immune system to weaken.

5. New TB cases: How many people contract or develop active TB in South Africa per year?

According to the 2018 WHO Global TB Report around 322 000 people fell ill with TB in South Africa in 2017. As we have explained elsewhere, in 2018 the WHO made major changes to the methodology used to estimate TB statistics in South Africa which lead to much lower estimates for a number of TB indicators. Put another way, the WHO now believes its previous estimates for South Africa to have been substantial overestimates.

A new National Tuberculosis Prevalence Survey is expected to report its first findings in 2019. The study is being conducted by the South African Medical Research Council (SAMRC), the Human Sciences Research Council (HSRC) and the National Institute for Communicable Diseases (NICD).

According to the District Health Barometer 2016-2017 only an estimated 72.8% of people in South Africa in 2016 with diagnosed TB were started on TB treatment.

6. New MDR-TB cases: How many people contract or develop MDR-TB in South Africa per year?

According to the 2018 WHO Global TB report, South Africa had around 14 000 cases of MDR- or rifampicin-resistant (RR) TB in 2017. As with other TB indicators, this number is also much lower than expected based on previous WHO estimates.

7. TB mortality: How many people die of TB in South Africa per year?

According to the 2018 WHO Global TB Report roughly 78 000 people died of TB in South Africa in 2017 – of these 56 000 were HIV positive and 22 000 were not. It should be stressed though that there is a lot of uncertainty around these numbers (as indicated by very wide confidence intervals in the WHO report).

What are the best sources of HIV and TB numbers?

There are a number of regular reports and models that provide information on the HIV and TB epidemics in South Africa. Below we provide a list of sources together with an indication of the kind of information they provide.

Getting reliable statistics about healthcare in provinces and districts is difficult, but there are a few places one can look.

Please let us know in the comments below if you think we’ve missed a key source or if there is a key statistic you think we should add to this page.

With around 2 000 new HIV infections every week in young women and girls aged 15 to 24, South Africa is facing an urgent HIV crisis in young women.

Early results from a pivotal trial of an HIV prevention injection announced by the University of the Witwatersrand researchers on Tuesday have been hailed as being a “game-changer” to turn “the tide on HIV” as it effectively reduces HIV acquisition and provides women more choices in how to protect themselves. Amy Green reports. 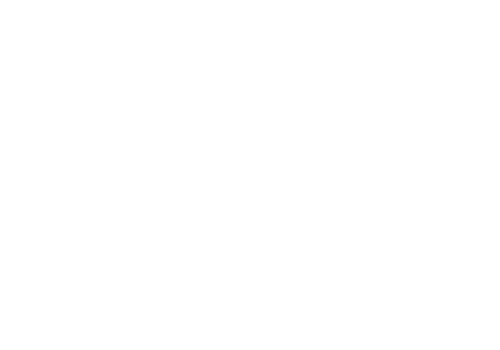 One Response to “The numbers: HIV and TB in South Africa”