Home Blog Latest The cost of strike
Protests during the recent protest action in the NorthWest.

The cost of strike

Jovial Rantao, editor of the African Independent, wrote this personal reflection on the cost of the strike in the NorthWest.

I have seen the cost of strike. It lay there before our eyes, neatly tucked into two caskets. In the dark oak coffins lay two bodies – two human beings who had lost their lives because hospitals that were meant to save them had failed them. At different times, in different towns – Mahikeng and Zeerust, 60km apart – Abram Moilonyane and C Monnana – were taken to hospitals in desperate need of medical attention. At Bophelong Hospital, Monnana could not get help.
At Zeerust Hospital, Moiloanyane was sent home in pain and distress. Health officials were on strike. Lives were the bargaining chip, money was the goal.

Suffering had to be put on pause, death was given free reign. More money, more money was the clarion call. I have seen the cost of a strike and lack of service delivery. It was etched on the faces of grieving family members sitting in the Lutheran Church in Dinokana, outside Zeerust. The pain – raw and unbridled – flowed down in torrents, wordlessly sharing a story of loss, despair and hopelessness. This is the cost of the strike – pain and death. This is the death of selfless service as we know it. This is the massacre of the Hippocratic Oath. The extinction of the Florence Nightingale flame. This is the quiet passing of Ubuntu. This is where someone’s right to earn a little extra trumps another person’s right to life. A little bit of us died with those who passed on because of the strike at hospitals across the North West. All the while, Death and Pain merrily danced on graves. Moilonyane and Monnana were buried next to each other. We sang and covered them. We sang because that’s what Africans do. In death we sing. In pain we sing. In anger we sing. We sing, we sing, we sing … 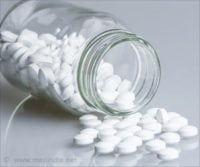 Antiretroviral (ARV) injections that may protect women from becoming HIV-positive, if proved to be safe and effective, will be a major step forward in the fight against the HIV pandemic. Siyabonga Kamnqa reports.

A new government strategy, obtained by Spotlight and Maverick Citizen, estimates that billions of rands in additional investment is needed to improve staffing levels and equity across provinces by 2025.