The dangers of vaginal douching

Ever heard of using plain yoghurt, or a mixture of Stoney and Lemon Twist, or

cinnamon and milk? Well, these are some of the ‘remedies’ that have been recommended to help women douche and get their vaginas to be ‘tight and clean’.

Some people might be shocked by this; but these are just some of the extremes that people go to.

Let’s start off by understanding what douching is.

According to WomensHealth.gov, the word ‘douche’ means to wash or soak. Douching is washing or cleaning out the inside of the vagina with water or other fluids. Most women make their own douching concoctions using water, vinegar, baking soda, yoghurt, cinnamon or iodine.

This last is commonly used by gynaecologists after major surgery.

Douching can lead to infection

The vagina is a self-cleaning organ – it doesn’t need anything to be done to assist it in the cleaning process. When you start douching, you strip the vagina of the bacteria that help it to clean. This leads to infections, the most common being bacterial vaginosis.

The symptoms of bacterial vaginosis are a watery/milky vaginal discharge with a very fishy smell. It smells like tinned pilchards; it’s unmistakeable.

The other infections associated with this practice include vaginal thrush and pelvic inflammatory disease. Women who douche regularly may also have difficulty falling pregnant.

Vaginal thrush is a common infection caused by an overgrowth of Candida albicans yeast. The yeast lives naturally in the bowel, and in small numbers in the vagina. It is mostly harmless, but symptoms can develop if yeast numbers increase. About 75 per cent of women will have vaginal thrush in their lifetime.

Pelvic inflammatory disease (PID) is an infection of the female reproductive organs. It usually occurs when sexually transmitted bacteria spread from your vagina to your uterus, fallopian tubes or ovaries. The Pelvic inflammatory disease often causes no signs or symptoms. As a result, you might not realise you have the condition, and will not get the treatment needed. The condition might only be detected later if you have trouble getting pregnant, or if you develop chronic pelvic pain.

There are a lot of myths regarding vaginal ‘freshness’, and they are passed down from the elders to us. But oh my word, they are not true. Stay away from douching and ‘intimate washes’ – your vagina does not need them. Water will do the trick: yes, the one we get from the tap.

Moving on, to another important topic: Sexually Transmitted Infections (STIs). (These were previously called Sexually Transmitted Diseases.) There are different categories of STIs. The trick with STIs is that they must be detected early, and treated accordingly; you need to know what those categories are, so that you can seek treatment timeously. Failure to do so increases the risk of HIV infection. This is why we treat them aggressively.

STIs are passed from one person to another through unprotected sex or genital contact.

Human papillomavirus (HPV) is a viral infection that is passed between people through skin-to-skin contact. There are more than 100 varieties of HPV, 40 of which are passed through sexual contact and can affect your genitals, mouth, or throat.

Genital herpes is a common infection caused by the herpes simplex virus (HSV), which is the same virus that causes cold sores. There are two types of HSV: type 1 and 2. Type 1 causes cold sores on the lip. Type 2 causes genital lesions. Some people develop symptoms of HSV a few days after coming into contact with the virus. Small, painful blisters or sores usually develop, which may cause itching or tingling, or make it painful to urinate.

Gonorrhoea is a bacterial STI easily passed on during sex. About half of women and one in 10 men don’t experience any symptoms, and are unaware that they’re infected. In women, gonorrhoea can cause pain or a burning sensation when urinating, a vaginal discharge (often watery, yellow or green), pain in the lower abdomen during or after sex, and bleeding during or after sex or between periods. It can sometimes cause heavy periods.

Chlamydia is passed on during sex. Most people don’t experience any symptoms, so they are unaware they’re infected. In women, chlamydia can cause pain or a burning sensation when urinating, vaginal discharge, pain in the lower abdomen during or after sex, and bleeding during or after sex or between periods. It can also cause heavy periods.

These are just a few of the STIs that exist. The World Health Organisation (WHO) estimates that more than one million people get an STI every day. The danger is that most people with sexually transmitted infections do not have any symptoms, and are therefore often unaware of their ability to pass infections on to their sexual partners.

Regular check-ups enable you to know what you have and how best to treat it. There are many risks posed by STIs. If left untreated, they can cause serious health problems including cervical cancer, liver disease, pelvic inflammatory disease (PID), infertility, and pregnancy problems.

The Well Project (thewellproject.org) says having some STIs (such as chancroid, herpes, syphilis, and trichomoniasis) can increase the risk of getting HIV if you are HIV-negative and are exposed to HIV. People living with HIV may also be at greater risk of getting or passing on other STIs.

But there is no need to fear. If you suspect that you might have contracted an STI, you must see your doctor and get it checked out. There are tests that can be performed to ascertain exactly what it is you might have. The tests include:

Blood tests, which can confirm a diagnosis of HIV, or the later stages of syphilis.

Urine samples: some STIs can be confirmed with a urine sample.

Fluid samples: if you have active genital sores, testing of fluid and samples from the sores may be done to diagnose the type of infection. Laboratory tests of material from a genital sore or discharge are used to diagnose some STIs.

Screening: testing for a disease in someone who doesn’t have symptoms is called screening. Most of the time, STI screening is not a routine part of health care; but there are exceptions:

All sexually active women should be tested for chlamydia infection. The chlamydia test uses a sample of urine or vaginal fluid you can collect yourself. Some experts recommend repeating the chlamydia test three months after you’ve had a positive test and been treated; the second test is needed to confirm that the infection is cured, as re-infection by an untreated or undertreated partner is common. A bout of chlamydia doesn’t protect you from future exposure; you can catch the infection again and again, so get retested if you have a new partner.

Screening for gonorrhoea is also recommended for sexually active women. If you happen to find yourself in a new relationship, it is of paramount importance that you both test for STIs.

Going to the clinic can be daunting. Remember that your health comes first! Keep that in mind when you go to seek assistance at any clinic.

Dr Sindisiwe van Zyl is a GP with a special interest in HIV. She is passionate about sharing health-related information, and has used social media extensively for this purpose. Dr Sindi – as she is affectionately known – is in private practice in Johannesburg. Twitter: @sindivanzyl

Reproductive justice is not only about the freedom to choose. It is far-reaching in that it challenges systems of oppression and discrimination, writes Dr Tlaleng Mofokeng. 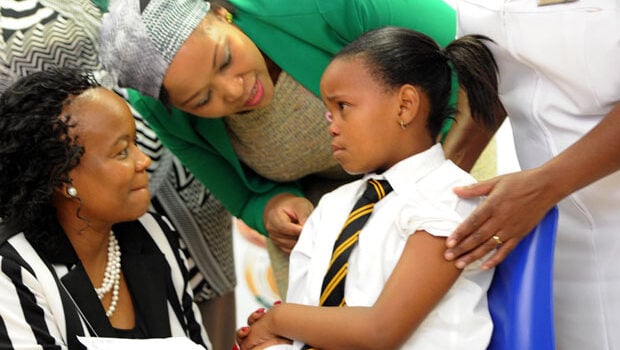 An independent commissioned following multiple allegations of sexual harassment and bullying by senior staff at UNAIDS has been released telling a story of patriarchy, harassment and abuse of authority. At the centre of it all is UNAIDS head Michel Sidibe. The full report is here: http://www.unaids.org/sites/default/files/media_asset/report-iep_en.pdf The report is titled:… 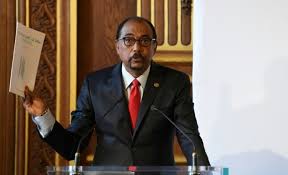