Heading For The Rocks?

One year into his tenure as MEC for Health in the Free State, Butana Khompela

is still to exorcise the ghosts that have made the province one of the worst-performing when it comes to health.

Khompela came into his role in October 2016 – replacing Dr Benny Malakoane, who was moved to the Department of Economic, Small Business Development, Tourism and Environmental Affairs. Malakoane’s exit from the Department of Health was met with relief – pure celebration, even – from activists and many Free State locals, desperate for improvement in the state health services.

Their elation at seeing the back of Malakoane was because his track record in the department was woeful at best. He was routinely and widely called out for abuse of power, and for a leadership and management style that smacked of bullying and arrogance. So bad was Malakoane (who served as MEC even while he faced charges of fraud, corruption and money laundering) that the Treatment Action Campaign (TAC) embarked on the intensive, two-year-long #FireBenny campaign. Finally, Malakoane was removed (albeit only sideways) and sent off with a farcical pat on the back from ANC leadership.

It’s to these choppy waters that Khompela has been brought to steady the ship of an almost wrecked department, which remains under provincial administration. Its one-time top academic hospital, the Universitas Academic Hospital in Bloemfontein, tumbled to the bottom of the pile in the country in the October 2016 findings of the Office of Health Standards Compliance (OHSC).

TAC notes also that a large number of vacancies remain unfilled. The information for appointments and vacancies on the Provincial Department of Health’s website simply shows ‘n/a’ under ‘current financial year information’. Just looking at the available data from the 2015/2016 financial year, however, reveals that there were 20 952 posts approved and 17 810 filled, leaving a shortfall of 3 142 vacancies – about 15% of posts – even in the previous year.

Another lingering issue is the reinstatement of Community Health Workers (CHWs). There remains a black mark against the department for its shameful handling of the protests by CHWs that led to the BopheloHouse94 court case last year, eventually ending with a court ruling in favour of the 94 CHWs.

Also ongoing is the issue of the use of the Buthelezi ambulances and emergency medical services in the Free State, despite the tender granted to the company being irregular, and the services being slammed for their dysfunctionality.

For the 2017/2018 year, the Department of Health was assigned R9.77 billion from the provincial budget. The budget only benefited from a small year-on-year increase of 8%.

In his budget address, Khompela said that “corruption is a cancer”, and promised to root it out – also, to bring down the staff bill from 65.8% to the 60% national target. He trumpeted successes in the province’s HIV programme, despite these efforts falling short of their targets, as well as the acquisition of a helicopter and an additional 12 maternity ambulances for the province.

Delivered in air-conditioned chambers, budget-speech promises don’t always match up to on-the-ground realities. TAC district organiser Mary Nyathi says that under Khompela, little has changed. “We still hear cases every day of someone going to the hospital at 2am to be in the queue, and only seeing someone round about 5pm,” she reports. “We have clinics where the roofs are leaking; and even where they have done upgrades, there are no doctors in the buildings to see to the patients.”

Nyathi routinely hears of scheduled operations being delayed without explanation, and says that while TAC hasn’t had reports of ARV stock-outs, there are routine drug shortages. “I want Khompela to come out of his office and come to the people, so he can understand and see for himself how bad the problems are,” she says.

“It is heartbreaking that things are not changing. For me, in the lower classes of society, I need these hospitals – tomorrow, it could be me.”

Her hope is that Khompela will prove to be a better communicator than his predecessor, and that he will demonstrate a willingness to listen and to collaborate. For Thabo Mahlatse, TAC provincial organiser, poor infrastructure and shortage of medicines and personnel continue to be the bane of the people of the Free State. “We want Khompela to show leadership and accountability, and come up with a plan on implementation – not just what they say in speeches,” he says.

Khompela’s had a mixed response from others, too. Some consider him an approachable man, and a person who is sensitive to the dire health challenges in the province. He gets a thumbs-up even from his political opponents: the Democratic Alliance, the official opposition in the province.

Mariette Pittaway, DA member of the Provincial Legislature, says that in the past year, she’s found him accessible and prepared to help. “I have sometimes had to call him to intervene in very dire cases, and he has always tried to help,” says Pittaway. “The saddest part for him is that he has inherited a mess; and every day I receive another desperate case, or another complaint.”

But another Bloemfontein NGO that’s operated in the HIV/Aids support arena for the past 10 years says Komphela and his team have repeatedly fobbed them off, instead of agreeing to meetings. “There’s a lack of communication, and a lack of good faith,” says the co-ordinator, who did not want to be named. She adds: “There still seems to be a lot of smoke and mirrors in the Department of Health, and no appreciation of the value of what the NGO sector is doing.”

Smoke and mirrors and a desperate need for clarity are features that extend to parts of Komphela’s official Facebook bio page, still active despite not having being updated since 2013. The 53-year-old Komphela was born in Kroonstad and grew up in a farming community, one of 11 children. His brother is the celebrity footballer, coach and Lamborghini-loving Steve Komphela. He is married to Cecilia Nombuyiselo, and they have a grown-up son and a teenaged daughter.

According to the information on the page, Butana Khompela became an activist while just a school pupil. His bio data says he was among those detained along with three teachers during the 1976 uprising – if that timeframe is correct, it would mean he was only 10 years old that June.

The bio write-up goes on to say that as a 19-year old in 1984, he took a job as an admin clerk in the Department of Home Affairs, and later became an interpreter at the local court. But by 1990, Khompela had apparently shot up the political ladder. If his own Facebook page is correct, he was mayor of Kroonstad between 1990 and 1992 (two years before the end of apartheid, and when Khompela would have been just 25).

It must be remembered that Kroonstad in those years was gripped by politically motivated assassinations and violent terror, thanks to the Three Million Gang and the Self-Defence Units (SDUs). Khompela’s name is absent from the story of this period – and the mayor of Moakeng (Kroonstad) at the time was Caswell Koekoe.

His bio information goes on to add that Khompela represented Kroonstad when the ANC held its first conference in Durban-Westville, after being unbanned in 1990. He also took part in the Codesa talks, it says.

What is clear is that Khompela is an ANC party loyalist. By the time democracy dawned in 1994, he had been made a director in special education in the Department of Education. His Facebook page continues to map out a political career trajectory that includes becoming a member of the Free State Legislature, moving up the ladder to a position in the National Assembly before becoming chairman of the Portfolio Committee on Sport.

After 10 years in this post he was back in the Free State to become a member of the legislature once more, before becoming MEC responsible for Police, Roads and Transport and now MEC for Health.

During his time on the Portfolio Committee for Sport, Komphela was outspoken about transformation, and infamously raised the ire of the South African Council of Churches after he took vicious aim at then-Archbishop Desmond Tutu, calling him “treacherous”, and warning him not to confuse transformation with tokenism. He also locked horns with the likes of Moss Mashinini, who headed up SASCOC, and was slated as “slanderous” and “racist” for his take-no-prisoners approach to transformation in sport.

Back then, Komphela earned a reputation for being something of a firebrand and a hothead. Other adjectives linked to the man include ‘irascible’, ‘power-hungry’ and ‘meddling’. But he was unapologetic, putting his outbursts down to being a man who calls a spade a spade, and someone who made transformation in sport a priority.

Since grabbing headlines for his time serving on the portfolio committee, Komphela’s column centimetres have been dominated by his connection to a Robben Island ferry business in which he has ownership. In August 2008 the Mail and Guardian reported on Komphela’s interest in bidding for a ferry business operating from Cape Town’s mainland to Robben Island. It ended in a commercial dispute, said the newspaper, and the vessel involved became a white elephant (not unlike some of the brand-new hospitals in the Free State), stranded in a Cape Town boatyard.

In June this year, Times Live reported that the MEC – who is chairman of Meltt, a business consortium – had bought a R60-million vessel to be a “back-up” ferry for tourists. The concern is that Komphela will have an unfair political advantage over other bidders and operators.

But people waiting for surgery, or desperate to be seen by a doctor or to have an equipped ambulance arrive in an emergency, would prefer Komphela to spend more time getting the health department ship-shape, rather than being focused on cashing in on the tourist spend in Cape Town.

* In May this year, numerous requests were made for an interview of any kind with the MEC. His spokesperson and his communications team responded, saying that they would try to make it happen. Despite much to-ing and fro-ing, with emails, calls and messages, it didn’t. Email questions were also sent to spokesperson Mondli Mvambi – among them, questions asking for clarity on the information on the MEC’s Facebook page, as well details of his plan of action for the Free State Health Department. No response has been received.

By Ufrieda Ho A simple well-managed idea is not only easing pressure on the Free State health care system and making HIV-positive patients’ lives easier – it also seems to be bringing down mortality rates amongst those with multi-drug resistant tuberculosis (MDR-TB). Médecins Sans Frontières’ HIV adherence clubs have grown,… 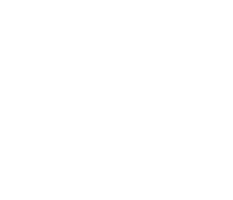 Bird poop and feathers make a mess on the floor of the community hall in Zone 2 in Thaba Nchu. No one bothers to clean it up because the pigeons get back in through a broken ceiling and roost and defecate from the bare rafters. No one’s bothered to fix…