Home Blog Provinces Free State Election-year clinic upgrades are welcome, but will they be enough?
By Ufrieda Ho - All over the Free State things are buzzing with public works projects, but also with electioneering. It seems there are as many road works and infrastructure upgrades as there are election posters on walls and lampposts.

Election-year clinic upgrades are welcome, but will they be enough?

All over the Free State things are buzzing with public works projects, but also with electioneering. It seems there are as many road works and infrastructure upgrades as there are election posters on walls and lampposts.

If election years are good for one thing, it’s that they make politicians scramble to look like they’re doing things.

It’s had a positive outcome for the Batho Clinic on the outskirts of Bloemfontein.

Back in 2014, NSP Review (now Spotlight) visited the clinic that had, for months, been in total disrepair. It had been vandalised and electricity cables had been stolen. Ceilings were collapsing, fridges were being used for storage and pharmaceutical supplies were left stacked in boxes, because no one could sort through the medicines in the dark. Nurses were using their cellphone torches to try to see patient files.

But this autumn Batho Clinic has had more than just a lick of paint – it’s had some serious upliftment and refurbishment. Extensive repair work has been done: new security upgrades are in place, there’s a patient-file storage unit and room, and there are improved seating and waiting areas.

Not far from Batho Clinic at Pelonomi Hospital, sections of the hospital have also undergone a contemporary-style revamp and construction is ongoing. Where work has been completed there are new decals, art work, water fountains for patients, and waiting areas that look more modern international airport than public hospital.

Upgrades that can make a hospital or clinic experience more comfortable for patients, and help boost staff morale, are sorely needed.

By the end of May though, neither Batho Clinic nor Pelonomi Hospital had opened their doors or become fully operational. It makes the challenge of a properly integrated approach to managing hospitals and clinics an ongoing hurdle.

But it’s only when infrastructure upgrades of hospitals are matched with the right staff complement, proper equipment, good management and the appropriate maintenance and repair schedules, that facilities are efficient, sustainable and truly useful to the people they are meant to serve.

Good management also means opening on time. In Batho Clinic’s case, delays in opening will continue to put immense pressure on the nearby Mmabana Clinic. The overflow of patients there in the last two years has meant that people fill up seats in waiting areas quickly. Patients cram up against walls and balance on broken seats, waiting their turn in a facility in dire need of its own maintenance and upgrading.

There is only one blood pressure machine for the whole clinic and medical equipment that no longer works is simply pushed into a corner, never taken away for servicing or repairs. Paint is peeling and large cracks run through the walls.

Nurses – who don’t want to be named – say it’s no place to work and there’s little chance of feeling motivated coming to work each day. They think maybe they’ll all be moved to Batho Clinic when it eventually opens.

Better still, maybe Mmabana Clinic could also get a revamp, they say. It’s what would benefit them and their patients most.

On 20 May Free State Premier Sisi Ntombela announced that Godfrey Mahlatsi will replace then head of the province’s health department Dr David Motau in an acting capacity. Refilwe Mochoari asked Mahlatsi about his plans for a department that has seen its fair share of controversy over the years.

Community health workers (CHWs), who are predominantly women have struggled to be formally integrated into the health service delivery system, and they are disgruntled.

As was the case in the rest of the country, the COVID-19 pandemic dealt a severe blow to the tuberculosis (TB) response in the Free State. Refilwe Mochoari gathered the available numbers and asked the province’s health department about their plans to get the TB response back on track. 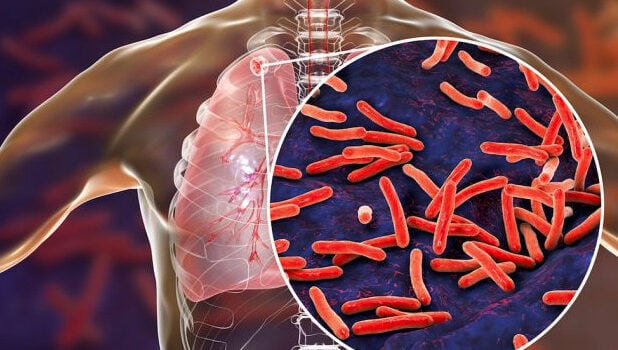