Home Blog Provinces Kwazulu-Natal “Bring your pubic hair” – healers and quacks continue to thrive in KwaZulu-Natal
In KwaZulu-Natal, according to reports from the Human Sciences Research Council, there are 1.8 million people who are HIV positive. Of those, 1.1 million are on the antiretroviral programme. Yet, despite making great strides in the fight against HIV, the streets of KZN are still full of non-medical “healers” who prey on sick, desperate and vulnerable people desperate to be cured of HIV. Nomatter Ndebele visits two “healers” with thriving businesses.

In KwaZulu-Natal, according to reports from the Human Sciences Research Council, there are 1.8 million people who are HIV positive. Of those, 1.1 million are on the antiretroviral programme. Yet, despite making great strides in the fight against HIV, the streets of KZN are still full of non-medical “healers” who prey on sick, desperate and vulnerable people desperate to be cured of HIV. Nomatter Ndebele visits two “healers” with thriving businesses.

Doctor Sawa’s two-room consultation office is on the 7th floor of an office building in Durban’s CBD. A few blocks from his office, a young woman is handing out pamphlets detailing his expertise, which includes bringing back lost lovers and curing HIV.

When I arrive, Sawa invites us to sit down and disappears behind a curtain into another room. Every so often, there’s a rattle coming from behind the door. After five minutes, he asks me to take my shoes off and come into the consultation room.

The walls of the room are draped in leopard-print material, and there is a large wooden pole in the middle of the room. The only light comes from a single candle, casting shadows on the animal-print walls. In one corner there is a grass shrine with a small, cave-like opening. At the other end of the room is a table with empty baby-food jars and Vaseline tubs containing different coloured powders and substances.

When the doctor leans forward, there are beads of sweat dripping down his youthful face.

“Did you bring what I told you to” he asks, referring to the R350 consultation fee. He instructs me to drop the money into a grass bowl, close my eyes and pray. When I open my eyes again, the money is gone.

The consultation begins. Sawa studiously writes down key information. I say I am 24 and was diagnosed with HIV three months ago.

“Do you believe in Amakhosi amakhulu (the ancestors), sister, and do you thandaza (pray)?”

Because that is what I need to be healed, to pray, speak to the ancestors, and to drink his prescribed muti.

The consultation lasts about 45 minutes. Most of it is dedicated to us praying out loud that my ancestors cure me, and while we pray the “doctor” shakes his rattle loudly near my head, and prays “Mbirimbiri, Makhosi amakhulu, Dube, Dube, Dube.”

“Bring samples of your pubic hair, so that we can speak to the ancestors again.”

He gives me a green powdered muti bundled in newspaper. I will have to bath in this to cleanse myself of HIV.

“Make sure you call me every time before you bath, so that I can pray on this side,” he tells me.

He tells me to cut down on drinking, that my partner and I can have sex, but that in a week or so – when he gives us the go ahead – we won’t have to use condoms anymore. He also says I never have to go back to the clinic because in about a month, I will be cleansed of HIV.

In the meantime, all I must do is pray, bath, be strong, co-operate and always answer his calls.

Of conspiracy theories and “healing” juice

Kim Cools has striking blue eyes. Next to his right eye is a puss-filled wound.

“I had a little cancer thing here, so I took a razor and sliced it off,” he explains.

There is no such thing as HIV, he later declares.

“If I inject myself with HIV-positive blood, how come it doesn’t affect me? It’s simple. If you read the books, there is no HIV,” he says.

Even so, he has a cure for this “non-existent thing called HIV”.

Cools, is a long-time dissident who has been in the country since 1995. He has spent all of this time “trying to awaken the people,” he explains. Before Cools came to South Africa, he had been diagnosed with colon cancer and was told he only had four months left to live. It’s 21 years later and Cools sells at least 2 000 bottles a month of the mixture he believes saved his life.

This mixture of ginger, lemon and garlic is now a juice branded “Umlingo” and it is mass produced at a factory in Pinetown, Durban. It is distributed to thousands of people as a cure for HIV, or rather, as a cure for acidic bodies, since there is no such thing as HIV.

According to Cools’ website, he is a health practitioner. He is also a conspiracy theorist: there is no HIV, the moon is a hologram, the earth is flat, and there is a giant wall at the end of the South Pole holding vast tracts of land that “they” (The Matrix), are hiding from us.

Given half a chance, Cools will tell anyone who will listen about the germ theory, which he has “proven over and over again to be untrue”. .

The local clinic bears the brunt of Cools’ theories.

KwaNgcilosi Clinic is a 10 minute drive from Cools’ island plot on Inanda Dam.

The head sister there is reluctant to discuss Kim Cools.

“I want nothing to do with that man,” she says. “He just keeps confusing the patients with his nonsense.”

In spite of his unsightly eye, Cools is likeable. It is easy to see how anyone could get caught up in this friendly man’s theories.

There was a time when the patients at KwaNgcilosi Clinic stopped coming to get their medication altogether.

Even though things are better now, there are still many people who have traded in their ARVs for Umlingo juice.

While the government and the Treatment Action Campaign (TAC) have worked tirelessly to rid the province of pseudo-scientists and traditional healers, Cools and his gang have managed to keep going.

Cools tell us that in 2017, the government will “rollout” Umlingo juice.

“In 2017, in the Durban Metro, there will be a six-month or 12-month programme to see how it can actually expand.”

Cools claims that there are doctors, nurses and ministerial bodyguards who visit his island compound to get bottles of the juice. The compound is secured by a barbed-wire fence and two gates that remain locked at all times. Although confident of his mixture, Cools carries a deep-etched paranoia: “There are lots of people from The Matrix who want to get rid of me,” he says.

He has big plans for the future. He is currently building bunkers on his compound and a large food forest that will feed the hundreds of volunteers he imagines will come and stay on his Island.

Perhaps the scariest aspect of his warped self-assurance is his blatant disregard for South African law.

He says, repeatedly, that “they are allowing us people to stand up, without doing what Europeans would do, which is put us in prison and shut us up.”

Despite ongoing efforts to rid the province of people like Dr Sawa and Kim Cools, a cycle of poverty continues to drive hundreds of desperate people into the arms of pseudo scientists and false traditional healers offering any kind of solution to the HIV/AIDS epidemic. 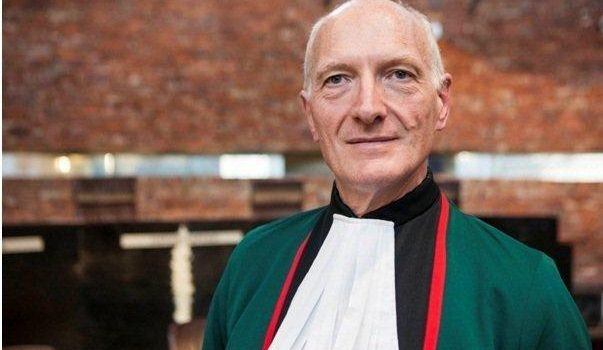 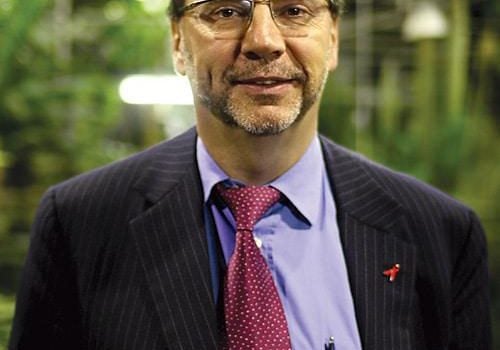 Over five million people in South Africa have so far received at least one shot of a COVID-19 vaccine. Elri Voigt unpacks how the vaccination rollout is going in South Africa’s nine provinces. Though the numbers do not tell the full story and provinces face different challenges, indications are that Limpopo, Western Cape, Eastern Cape, and KwaZulu-Natal are doing well, while Mpumalanga is struggling.

OPINION: The first few days of March 2019 must have been a time of great uncertainty for migrants in South Africa in need of health care services. Circulars by the Gauteng and KwaZulu-Natal health departments said that all non-South Africans, other than refugees, would from now on have to pay in full for all health care services at public clinics and hospitals. By Sasha Stevenson