Home Blog Latest How well is SA’s chronic medicines distribution system working?
There are over 4 million patients currently registered on government's CCMDD programme. This include about 1.9 million people living with HIV who are getting their treatment through this programme.

Having to collect one’s medicines at overcrowded public sector clinics with long queues can be time-consuming, disruptive, and, these days, may expose one to a risk of contracting SARS-CoV-2.

Fortunately, South Africa has a programme that allows people on chronic medicines to collect their medicines at pick-up points closer to home, such as at participating private pharmacies. The programme, called CCMDD (Centralised Chronic Medicines Dispensing and Distribution), is not only convenient for users but also takes significant pressure off public sector clinics.

Of the close to eight million people estimated to be living with HIV in South Africa, around five million are on treatment, and, according to Department of Health spokesperson Popo Maja, over 1.9million of them are getting their treatment through the CCMDD system. That means close to two million people on HIV treatment do not have to travel to and queue at clinics every few months.

The CCMDD programme is a form of task-shifting that shifts medicines distribution from public sector clinics to other pick-up points, thus relieving pressure on clinics. Other forms of task-shifting include the introduction of NIMART in 2010 and PIMART this year. NIMART allowed nurses to initiate people living with HIV on antiretroviral treatment. Previously, only doctors could do it. Now, PIMART will extend the task-shifting even further to allow pharmacists to initiate people on treatment.

“The CCMDD programme is an alternative mechanism for stable patients to access chronic medicine. It is also known as Dablapmeds – the shortcut to your chronic medication,” says Maja.

“Contracted external pick-up points provide the patient with a more convenient option for the collection of their repeat medicine. The pick-up points may be closer to their homes or workplace and can result in reduced transport costs. The CCMDD/Dablapmeds programme is free and convenient for public sector patients.”

According to Maja, there are over 4 million patients currently registered on CCMDD. He says the programme was started in 2014 in 11 NHI pilot districts and thereafter expanded to eight provinces.

An analysis published in the journal BMC Health System Research in May this year found that “as of October 2019, 3 436 health facilities were registered with CCMDD across 46 health districts (88% of South Africa’s districts), and 2 037 external pick-up points had been contracted by the National Department of Health”. They found that 76% of CCMDD clients were receiving antiretrovirals, with some of these people also receiving medicines for comorbidities. The remaining 24% were receiving chronic disease medicines without receiving antiretrovirals.

Maja says the Western Cape opted to continue with their own system called CDU (Chronic Dispensing Unit) – an out-sourced service started in 2005.

“The initial plan was to test in the 11 pilot districts, take the lessons learnt and then roll out. As the pilot gained momentum, other districts opted to roll out the programme,” says Maja. “Patient satisfaction surveys were conducted, and an evaluation of the programme was conducted by external service providers. The results were very positive.”

“On balance, it is evident that CCMDD has indeed achieved its immediate aims of decongesting facilities, which helps improve the availability of healthcare professionals time and as a result improving health outcomes. The success is largely reflected in the successful scale-up of the programme, beyond the pilot districts and beyond the expectations of NHI Phase 1 implementation plans,” the report reads.

“There is a National Task Team with Provincial representatives, except in the Western Cape,” says Maja. “There are also other governing structures including HOPS, (a subcommittee of the National Health Council).” Districts have their own task team meetings and they feed into the Provincial Task teams. Provincial Teams form part of the National Task team. There is also oversight and support from partners in the PEPFAR sites. These partners feed into the district and province and to the national department of health. PEPFAR sites are public sector healthcare facilities supported by the United States President’s Emergency Plan for AIDS Relief.

According to Maja, there were regulatory changes in the last few years from National Treasury and SARS that caused some hiccups. “Pick-up points had to be registered on the Central Supplier Database with tax compliance. There were many that failed the compliance or had difficulty in maintaining their tax status, this resulted in non-payment. Many one-on-one meetings were held with pick-up points to take them through the new process,” he says.

Maja says all chronic patients who are stable are eligible for CCMDD, including people with diabetes, asthma, hypertension and heart disease.

“Patients who are stable on their chronic treatment are offered the opportunity to be enrolled onto the programme. If the patient gives consent, he/she is issued with a 6-month repeat prescription and the patient chooses a pick-up point from the list of contracted pick-up points,” he says.

The first medicines are then issued at the health facility when the patient is enrolled. The repeat prescription is sent to an external service provider that dispenses and packages the medicines and distributes them to the chosen pick-up points.

“When the patient is due for the next collection of treatment, they receive a reminder SMS notifying them that their medicine parcel is ready for collection at the pick-up points,” Maja explains.

To make sure patients don’t miss their pick-up dates because of work or any other reasons, Maja says that pick-up points are open for extended hours, weekends and public holidays, which allows the patient more time to collect. “Patients can choose a pick-up point close to their work and collect their medicine parcel before, after, or during lunch breaks,” he says.

Users of the system have 14 days to collect their treatment and can also send a nominated proxy to collect their medicine on their behalf. The programme also accommodates those who do not have cell phones, says Maja. “The user’s appointment card is completed with the contact for the pick-up points, dates for next collection, blood dates, and back-to-clinic dates.”

Fikile Mtsweni from Tsakane, who has been a user of the CCMDD programme for three years, points out that the system is not immune to stockouts. “When there are stockouts, you go to your pick-up point and they tell you that the medication did not arrive,” she says. “Another challenge is when you are given a wrong treatment by mistake, when this happens you have to go to your clinic and stand in those long queues so that they help by changing the wrong treatment and give you the right one.”

Mtsweni also suggests that the programme is facing some technical difficulties. “I no longer get SMSes that I must produce when I go to collect my treatment since I collect from the Pelebox (a type of smart locker).” She says patients who get their treatment from Pelebox lockers get SMSes with a pin that they must use when collecting their treatment, however, this has not been the case recently which means she must go back to the clinic and queue for the PIN so that she can access her treatment in the Pelebox locker.

“I can say I’m the same as those who are not on the CCMDD because I always go to the clinic to queue for the pin,” she says.

But Nkululeko Gumbi from Tsakane says he has not experienced problems yet with the CCMDD. “I receive the SMS on behalf of my grandmother. We always receive the medication on time before she runs out,” he says.

Gumbi says the CCMDD programme recently alerted him and his grandmother that the next appointment will be to go to the clinic for blood tests. “I knew three months back that I would have to take a day off from work this month to take her to the clinic,” he says.

As previously reported in Spotlight, violence, looting and destruction of property last month in parts of KwaZulu-Natal and Gauteng also impacted various aspects of medicines distribution. Many people who usually collect medicines at pick-up points, such as private sector pharmacies, could not do so anymore and had to go back to public sector clinics.

According to Maja, there were pick-up points that were looted and had to close. He said some were badly damaged and will only re-open in three to nine months, if not longer. Other pick-up points that could be cleaned up and repaired are already open for business again.

“CCMDD does have a disaster recovery plan. This plan was actioned as per the challenges that were encountered. Patients had to be transferred to alternative temporary pick-up points that were in close proximity to the closed ones. There were also innovative solutions, such as container pick-up points set up where needed. Contingency plans were implemented to ensure patients don’t go without their treatment,” says Maja.

Rachel Wrigglesworth, Chief Healthcare Officer at Clicks, which is one of the retail partners for the programme, told Spotlight the supply of the medication to the public through the CCMDD programme was uninterrupted due to an adequate buffer of stock in the provincial depots which ensured a consistent supply of medication.

“We worked closely with the National Department of Health to inform them of stores that were closed and, with the support from the department, we created extra capacity at nearby stores to render the service. The CCMDD programme was still able to dispense the patients’ medicine parcels,” Wrigglesworth said.

According to her, the main challenge was rerouting patients to alternate sites to collect medication but, she says with its large store footprint, Clicks was possible to direct patients to a Clicks pharmacy close by. “The department also supported patients with the help of a service provider to place temporary, retrofitted containers in nearby locations to provide a convenient and safe way for patients to collect their much-needed medication.” 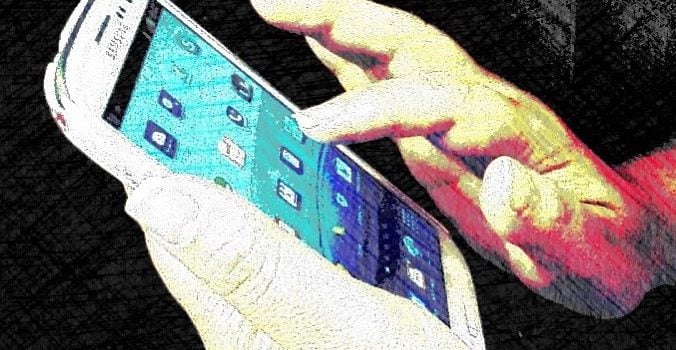 While men account for only a third of South Africa’s roughly 200 000 new HIV infections in the year ending mid-2019, they account for more than half of the approximately 74 000 HIV-related deaths in the same period. This is according to new estimates released on Tuesday from the Thembisa mathematical model of HIV in South Africa.

When South Africa’s rollout of the AstraZeneca vaccine was put on hold in early February, a scramble ensued to ensure healthcare workers could be protected. Chris Bateman spoke to Professor Glenda Gray about the behind-the-scenes negotiations that helped secure 500 000 doses of the Johnson & Johnson vaccine – almost all of which have now been used in the Sisonke study.