Face to face with Gift of the Givers founder Imtiaz Sooliman

Gift of the Givers founder Dr Imtiaz Sooliman has declined renewed social media calls that he be nominated for the 2021 Nobel Peace Prize.

“I thank those who have this sentiment toward me. In my line of work receiving awards and thanks is not our focus,” he says.

Speaking from his house in Pietermaritzburg, Sooliman tells Spotlight he has worked – and is still working – twenty-hour days. Using four mobile phones, he manages 90 staff members in South Africa.

“These doctors had nowhere to eat their lunch, they were having their lunches in the car,” he says. “We’re also building them new toilets and showers. I mean, they could not have a shower after treating COVID patients all day.”

In the past months, Sooliman’s humanitarian organisation has increasingly made headlines for renovating and equipping COVID-19 hospital wards around the country, notably with CPAP (continuous positive air pressure) oxygen machines. They also delivered food parcels, drilled boreholes, and provided truckloads of fodder for hungry animals in far-flung towns and villages. In rural areas, they are a familiar sight with large green trucks bearing the words “Gift of the Givers.”

Around South Africa, desperate hospital chief executives, farmers, school principals, and others in need are turning to Gift of the Givers for services that some would say government should be providing. Meanwhile, corporates are digging into their pockets to fund Sooliman’s endeavours, as these projects are considered fiscally transparent and “straight”.

In fact, “straight” is a favourite term in Sooliman’s fast-paced arsenal.

Commenting on the South African public turning to his organisation for help due to a distrust in government, he says: “Whatever government do now, they will be viewed with suspicion. Even if they accomplish something without a hint of corruption, people are not going to trust them. They were pressurised by the public to bring the vaccine in, but they should not rush.”

Meanwhile, while President Cyril Ramaphosa was among South Africa’s first to receive a Johnson & Johnson COVID-19 jab on Wednesday, February 17, Sooliman cautions against over-hyping and rushing a vaccine roll-out.

He says that while 57% efficacy against the 501Y.V2 variant, now dominant in South Africa, is a good start, more research is required. “Several vaccines are being tested, and we may just get one that’s substantially more efficient against the 501Y.V2. So while 57% is a reasonable start, we may get something better. I don’t think that’s impossible, given the research capacity and skill in the scientific community.”

Wednesday marked the launch of South Africa’s new adjusted vaccine roll-out plan, where jabs will be given as part of an implementation study by the South African Medical Research Council and the Department of Health.

Sooliman says precautions must remain in place as before. “It is extremely important for the public to understand that vaccination does not guarantee immunisation. We cannot have a false sense of security because while being vaccinated we can still become carriers,” he says.

He says that in order to avoid dodgy deals around vaccines in the country, government should decree selling vaccines in South Africa as illegal. “Make it illegal, finish. Just one line,” he says.

Sooliman adds that Gift of the Givers have been inundated with calls to help bring a vaccine to South Africa – from the public, corporates and even from government.

“I made it very clear from the beginning that we won’t get involved in the vaccine,” he says. “Government said they will procure the vaccine; they will secure supplies and distribute it. They have their own programme, and we won’t interfere with that. But while that is being said, we started getting flooded with calls from corporate companies and medical associations, wanting me to get involved in getting the vaccine. So I said to them: ‘Look, it can’t be done. government is doing this.’”

Sooliman says he got a call from a company telling him they have the biggest cold storage capacity in South Africa and they will give him all the fridges and all the refrigerated trucks for free. “Another company came to us and said: ‘Load-shedding is a problem at some hospitals; we will give you fridges and we’ll give you generators to put in the hospitals.’ Then a third company said: ‘We’ve just prototyped a solar fridge, it’s almost ready. We can give you solar fridges to put in the various areas,’” he tells Spotlight.

“Then a mining company came and said: ‘Look, we have money. We will give you money to buy the vaccine. In addition for every one vaccine we buy for our staff, we will buy one as a donation, for someone else who can’t afford it.’”

Sooliman says they were also approached by some medical aids willing to provide nurses to give out the vaccine. “[They said] all our members will get it for free. So all this just helps us get to the herd immunity faster.”

He says preparing for the third wave should be a priority, particularly recruiting more healthcare workers in four categories including doctors, nurses, physiotherapists and psychologists. “We are focusing too much on the vaccine instead of propping up hospitals with more oxygen points, and most important, getting together more staff in hospitals,” he says.

“We hope that the third wave does not happen, but we need these things in place; waiting for a vaccine while neglecting all these concerns, it’s not logical.”

Disaster in the blood

How does he fuel his working hours?

“I am fine,” says Sooliman. “It’s about giving back. It’s a spiritual energy and a determination to serve. I cannot explain it. I was born with disaster in my blood, to put it simple. I thrive on disaster and challenges. And the country needs us right now, it’s not a time to sit back. The desperation each day… we’re getting calls each day. In the second wave it’s not just one person but two, three or four in the same family, passing on.”

Despite visiting COVID hotspots around the country, he says he has avoided becoming infected.

A meeting in Istanbul

Sooliman, who will turn 59 in March, is a doctor by training. Born in Potchefstroom, he moved to Durban after his parents divorced. In 1985, he qualified as a medical doctor at the University of Natal Medical School, where he rubbed shoulders with prolific peers including health minister Dr Zweli Mkhize and deputy health minister Dr Joe Phaahla.

It was a meeting with a Sufi teacher in Istanbul in 1992 that laid the foundation for Gift of the Givers.

“The moment we made eye contact, I fell in love with a man I didn’t even know,” he recalls. “It was like our souls spoke. He said to me in Turkish, and I don’t speak a word of Turkish: ‘My son, I’m not asking you, I’m instructing you, to form an organisation. You will serve people of all races, of all religions, of all colours, of all classes, of all political affiliations and of any geographical location. You will serve them unconditionally, not expecting anything in return. Not even a thank you.’”

Back in South Africa, Sooliman, along with his wife Zorha, started running the humanitarian organisation from their Pietermaritzburg home’s spare room.

While it is hard to put an exact number on it, since 1992, Gift of the Givers has probably saved hundreds of thousands of people from the worst effects of disasters, droughts, floods and famine.

In August, the organisation collected R1 million to help Lebanese people left homeless in the Beirut blast. Over the years, Sooliman’s teams have helped Sri Lankan victims of the 2004 tsunami, performed life-saving surgery in the aftermath of the 2010 Haiti earthquake, and assisted homeless Malawians in the floods of 2015.

The Knysna fire of 2017 was a turning point – this is when local media and corporates really took notice.

Sooliman is father to five adult children with Zohra. With his second wife, Ayesha, he has a five-year-old daughter, named Rahmah (which means mercy); a name shared with the hospital he built and manages in a war-torn region of Syria.

From paintings by artists like Xolani Sivunda to communication campaigns launched by provincial health departments, the fight against COVID-19-related misinformation is being fought on many fronts. Siyabonga Kamnqa surveyed some of these efforts and asked health and behaviour experts what does and does not work.

Professor Feroza Motara remembers how she felt when the Minister of Health announced in February that the hospital where she works would become a designated COVID-19 hospital. Melissa Javan interviewed her about life and work on the frontlines of South Africa’s COVID-19 response. 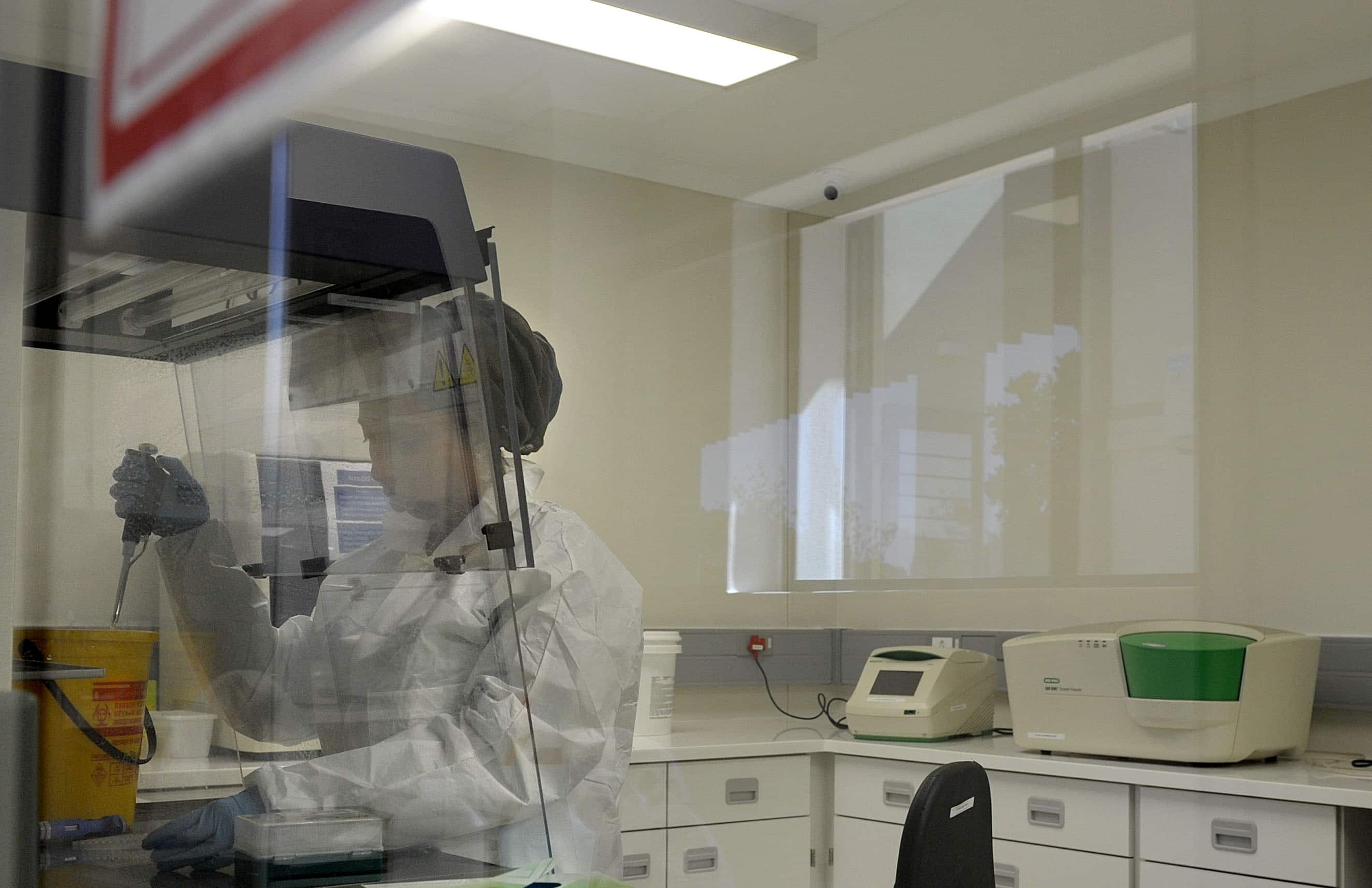 People living with mental illness are among the most vulnerable people in society and face widespread stigma. In our response to COVID-19, we must be sensitive to the needs of this group of people, writes Julia Chaskalson.