A company with a track record of supplying inferior medical equipment to the Free State health department recently sent five mobile x-ray units to Pelonomi Hospital, but it had to be returned after a key part of the machines was too short, making it unusable and increasing the risk of radiation exposure for patients.

The latest reports comes five months after Spotlight first wrote about problems with equipment provided to the Free State Department of Health by a company called MediQuip SA Hub – a company with some politically well-connected directors.

Over and above the too-short columns, staff in the radiology department also discovered that the mobile X-ray  machines, procured by the province at over R2,5-million each, had not been registered with the radiation control body and that MediQuip could not supply a compliance certificate.

A radiologist in private practice explained to Spotlight that the x-ray tube which is mounted on the unit column has to be at a safe distance of no less than 120 centimetres from the patient for a supine/flat chest x-ray on an immobile patient.

The patient is x-rayed either flat or sitting up in the bed. If the bed is fixed at a certain height then it is impossible to reach the required minimum distance. This means that if the column is too short, then the x-ray tube, which rotates around the column, will be too close to the patient. After inspecting the photographs supplied by Spotlight, the radiographer said that the column did appear to be too short – as alleged by doctors in the Free State.

This problem leads to the contravention of a number of radiation standards such as over exposure of the patient to radiation and inadequate field of view for the radiologist.

She added that each hospital or province should have a radiation inspection or control board that deals with compliance. This board would have to register the equipment and conduct periodic radiation inspections in each centre where x-rays are provided. “They are quite strict as radiation overexposure is a huge concern,” she explained.

MediQuip SA Hub, a preferred provider of some of the Free State health department’s most expensive and technical equipment, continues to supply apparatus that either breaks or cannot be used at all, including these x-ray units. Free State health department spokesperson Mondli Mvambi confirmed that the province has already paid over R105-million to MediQuip. Mvambi was unable to supply details on the equipment which was broken or too inferior to use as “Our Health Technologist is not available at the moment and we are unable to give details on these.”

The equipment list supplied by Spotlight includes the x-ray units, orthopaedic surgery traction beds that broke within weeks of being installed, too low theatre lights, anaesthesia machines that cannot be used as there are parts missing and mobile clinic buses unable to travel on rural roads. 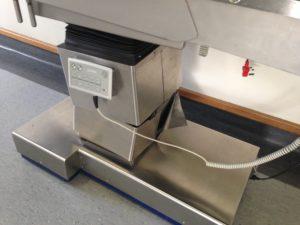 Spotlight reported earlier this year that surgeons were facing massive challenges with beds and other equipment supplied by MediQuip.

They said that newly purchased theatre beds were breaking in Free State hospitals within months of installation, making it hard to perform critical surgery.

“The department have bought entry-level equipment from China. The mechanism that was supposed to get the tables to move up and down and tilt broke within weeks. The anaesthetists refuse to use the machines,” said a frustrated specialist, who has asked to remain anonymous. We also did not identify the hospital where the specialist is based as health workers are sanctioned if they speak to the media.

At one hospital, a height-adjustable orthopaedic theatre bed got stuck on a too high setting, forcing doctors to stand on benches while operating. In other cases, newly installed theatre lights were too low, resulting in some of the theatre personnel often knocking their heads while performing surgery. 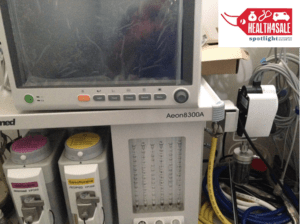 Doctors also reported that a number of new anaesthesia machines, delivered last year, were gathering dust because anaesthetists were not willing to use the machines since they were missing components and various alarms did not work. Anaesthesia machines typically have multiple components and a sophisticated set of alarms to ensure that nothing goes wrong while someone is under general anaesthetic. Spotlight understands that these machines are still not being used despite undertakings from the health department that MediQuip was addressing the challenges.

However, in contrast to what health workers were reporting, Mvambi claimed that “the challenges between the Department and the service provider with regards to compliance to specifications were resolved”.

MediQuip is also the supplier of the R12-million each “mobile clinics” also known as “China buses” in the province. Media reports reveal that these six buses are standing gathering dust at various health facilities. A Spotlight photographer found two at the Bloemfontein Psychiatric Complex. Even though the department is not using the mobile clinics it already has, a recent parliamentary oversight report indicates that the department nevertheless purchased an additional 20 mobile clinics. It is unclear is they were all from MediQuip.

The six mobile clinics were going to be operated by the Gupta-linked Mediosa before that link was exposed and stopped earlier this year.

Mvambi confirmed that all this hospital equipment had been supplied by MediQuip. He confirmed that MediQuip had among others supplied 10 anaesthesia machines and 8 mobile x-ray units to various hospitals. He claimed the department was in the process of recruiting full-time drivers for the buses.

MediQuip Hub SA has on its Board of Directors Eskom board member George Sebulela and three representatives from a Chinese company.

The fifth board member, still listed on the Companies and Intellectual Properties Commission records, is Tefetso Phitsane, among others a close ally of African National Congress Secretary General and former Free State Premier Ace Magashule, Chairperson of the beleaguered Bloem Water and husband to Nelisiwe Phitsane the Chief Director Supply Chain Management and Asset Management in the Free State Department of Health.

Phitsane told Spotlight earlier this year that this relationship was disclosed when bids were submitted to the Free State Department of Health. The department confirmed this to Spotlight, but failed to provide proof when requested earlier this year. When again asked this week to provide evidence of this, Mvambi said Spotlight would have to “follow procedures in terms of access to Information Act”. Phitsane promised Spotlight that he would supply the form disclosing their relationship. He also claimed that he has resigned from MediQuip in August last year and that the company was failing to remove him as a director.

According to information revealed in the #Guptaleaks articles published by Amabhungane Tshepiso Magashule (Phitsane’s co-director of Dinaka Trading 5 CC) has been linked to various deals with the Gupta family for whom he worked.

Phitsane was also on the board of the Free State Development Corporation from July 2012 to October 2014. In the 2014/2015 Annual report of the FDC, MediQuip is listed as one of the FDC’s pipeline projects. The FDC describes MediQuip as a company that will manufacture medical equipment, employ 200 people  and is estimated to have a potential value of R500 million. As it turns out, MediQuip’s main business would not be manufacturing, but importation of medical equipment from China.

In May, Spotlight reported that MediQuip Hub SA, which receive millions of Rands did not have a website. A website since appeared, but was removed again this week after Spotlight sent questions to Sebulela, who failed to respond despite reading the whatsapp message. When the website was live it had no content other than an “About Us” section which states it is a “South African company consisting of foreign investor, Shangai Medical Hub and 100% black owned and managed South African companies”. It however then appears to contradict this by stating that “Shanghai Medical Hub owns 60% and the other 40% is owned by South African companies”.

While they claim their “main target” is “to have local assembly, local
manufacture, create South African brand , south African IP, jobs and skills” – they appear to be little more than an importer of cheap Chinese medical equipment.

The contact details on the website listed an office in Johannesburg and Bloemfontein, but with the same telephone number in Johannesburg. When Spotlight called this number we were told we had reached the “Mtimandze Group”. The telephone receptionist told Spotlight she would have to call us back when we asked for MediQuip.

Mtimandze is a licorice allsorts of a company describing its objective as “based on the provisioning of business solutions & services to the following sectors of the South African economy; Public Sector, National, Provincial and Local government, State Owned Enterprises, Socio-Political Organisations, Private Sector and Mining.” This includes “foreign exchange, mining, project management, coal mining, smart metering and PPP municipality projects”.

Muzi Kunene, the sole director of the Mtimandze Group and Sebulela are directors of InSpur SA, with various Chinese and South African directors, some who used to sit on the MediQuip board.

George Sebulela failed to respond to a list of questions related to MediQuip. He read a Whatsapp message, but did not respond.

The Eskom statement said Sebulela resigned after “considering legal advice on his continued role as an Eskom director after the Board was made aware of certain conflicts of interest.”

“In this regard, Mr Sebulela made the correct decision to resign from the Board and to help ensure that acceptable standards of good corporate governance are maintained,” said Jabuza. Nearly a year on from the crippling health sector strikes in the North West province the full cost is still to emerge. UFRIEDA HO reflects that even the “victors” lost. 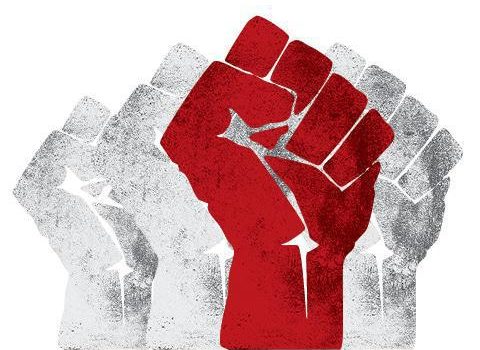 Ufrieda Ho, Spotlight Love may be blind; but some things, you shouldn’t ignore – like knowing your and your partner’s HIV status. South Africa is still considered the world epicentre of the HIV epidemic, with more than 7.1 million people living with HIV in 2016 and around 270 000 new… 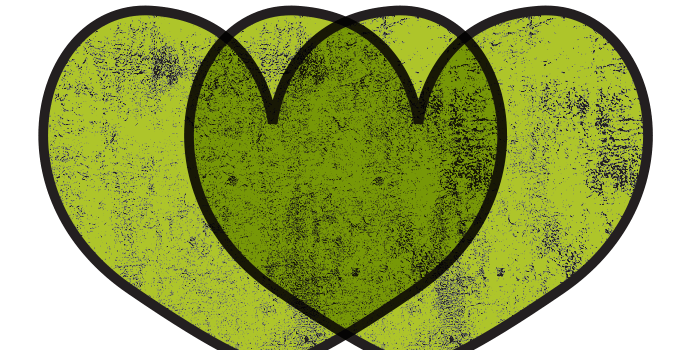