The cost of liberation 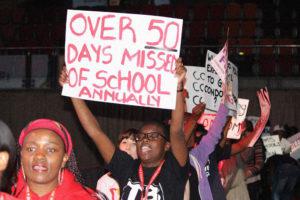 at a supermarket check-out queue. In her shopping basket, for the first time, were sanitary pads that she could afford.

“I was so happy that I could finally afford sanitary pads – I think I bought four packs,” says the 28-year-old paralegal, remembering the day she was finally earning enough to pay for her own pads.

It was a moment of empowerment, says Mahlathi – the direct opposite to how she felt as a nine-year-old girl, when her cycle started. She remembers her confusion, and not knowing what was happening to her body. She didn’t tell her mother though; she couldn’t.

“I always heard my mother and her friends saying things like, ‘If a girl starts menstruating young, then she’s messing around with boys’; so I was too scared to tell my mom,” she says.

She sneaked the odd sanitary pad from her mother; but because pads were a luxury in the home, she knew her mom would notice eventually. Mahlathi resorted to cutting up a few old T-shirts, folding them into the shape of pads, and jamming them into her panties.

“I had one for the morning and one for the afternoon, and I carried a plastic bag with me so I could take the dirty one home to wash,” she says.

When Mahlathi was 13, her mother found out by chance that she was menstruating. Even then, Mahlathi never told her mom she had been menstruating for years already. Her mother gave her some pads, but there were never enough; and when her mom lost her job and they only had her father’s wages, pads became a luxury item again.

“We both had to use T-shirt pads then, or sometimes we used a stack of tissues. I don’t think my dad understood that pads were something we needed, and that sometimes I needed more than one pack a month, because I have a heavy flow.”

The T-shirt pads were a nightmare. She couldn’t concentrate in class, worrying about an accident that could soil her yellow uniform, and the humiliation and mocking that was in store for girls who did have accidents. The thought of perhaps being called up to write something on the blackboard while she was having her period was pure terror.

“I really wanted to play netball, but I couldn’t; because that pad would move around, and the players wore mini-skirts,” says Mahlathi, who went to a school in Tembisa, east of Johannesburg.

Fear of embarrassment, lack of information, having no one to turn to for answers about her changing body, and the grinding realisation that there was no money for basics in her home marked much of her growing-up years.

Mahlathi says she’s now able to speak openly about menstruation and poverty because as a mom to two daughters, aged 11 and six, she wants better for them.

“I don’t want any girl to go through what I went through. And I want my 11-year-old to be prepared, and to know that what is happening to her body is normal,” she says.

Mahlathi believes schools need better education programmes to teach girls and boys about menstruation, and that myths and superstition must be dispelled. She says schools should also be making pads available to girls, so that girls don’t have to resort to making ineffective alternatives like her T-shirt pads, or feel embarrassed about not being are able to afford pads.

Nowadays, Mahlathi never forgets to pack a pad in her daughter’s schoolbag. She also never forgets that liberation, for a poor girl-child, can cost as little as R20 or R30 a month.

Ufrieda Ho, Spotlight Statistics about menstruation and girls’ missed school days in South Africa have been guesstimates at best, and range wildly – between two and seven million girls affected. Numbers can be a distraction, though; whatever the numbers, in the end they [caption id="attachment_6230" align="alignright" width="300"] Teenager girls pose… 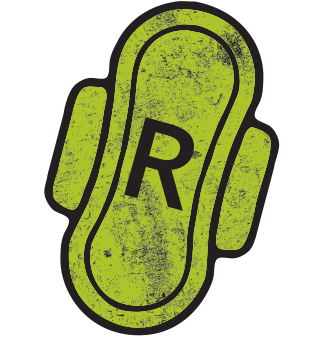 An estimated 2 000 new HIV infections occur in young women and girls every week in South Africa. Two high-profile programmes are aiming to address this crisis. In this joint Spotlight/Health-e News Service special investigation, we go beyond the bells and whistles and ask what difference these programmes are really making.