In-depth: SA’s mental health policy has lapsed, what happens next?

Bharti Patel, National Executive Director of the South African Federation for Mental Health (SAFMH), commends the framework’s emphasis on generating scientific evidence and best practice underscored by a deep commitment to human rights and serving vulnerable populations. “However, there is still a long way to go to improve access to quality mental healthcare to meet the needs of people throughout South Africa,” she says.

Patel says it is very concerning that we are heading towards the end of 2021 and are having these conversations about a ‘lapsed mental health policy’ when COVID-19 has brought about an increase in mental health problems globally over the past 18 months. “The review and update of the policy framework should have commenced long before its ‘expiry date’, and the fact that we are seeing a retrospective review and scrambling to update it now speaks – once again – about the continued neglect of mental health in South Africa,” she says.

The 62-page document (which is both a policy framework and a strategic plan) set out ambitious objectives with timelines for mental health staff training and mental health financing, among others. For example, the framework said that by 2014 “mental health will be financed according to the principles adopted for all health financing in South Africa and people will be protected from the catastrophic financial consequences of mental ill-health”.

By 2015, the policy aimed that “mental health will be integrated into all aspects of general healthcare, particularly those identified as priorities within the 10-point plan, for example, TB and HIV”. By the same year, all health staff working in general health settings were meant to have received basic mental health training and ongoing routine supervision and mentoring. The expansion of the mental health workforce was to be “actively pursued by all provincial Departments of Health”.

While the aims of the policy framework were widely welcomed, Crick Lund, Honorary Professor at the Alan J. Flisher Centre for Public Mental Health in the Department of Psychiatry and Mental Health at the University of Cape Town, says it has unfortunately not been well implemented.

Today is #WorldMentalHealthDay. This year's theme is 'mental health in an unequal world'. Click on the link below to read more about WMHD and what we need to focus on to create a more just world. https://t.co/v7Loi6uHz5 #wmhd2021 #worldmentalhealthday #safmh #MentalHealth #WMHD pic.twitter.com/n9LgHXwXtO

Dr Mvuyiso Talatala, board member and past president of the South African Society of Psychiatrists (SASOP) doesn’t mince his words. He says provinces failed to implement the framework and points to a Human Rights Commission report published in 2018 that came to the same conclusion.

He says it seems it is not the policies that are a problem but the lack of will by authorities to implement the policies. “Some provinces never even prioritised the appointment of provincial mental health directorates,” he says. He also points out that the Gauteng provincial government prioritised deinstitutionalisation despite the framework having warned against further deinstitutionalisation. The consequence, he says,  was the Life Esidimeni Tragedy.

Lesley Robertson, Adjunct Professor at the Department of Psychiatry at the University of Witwatersrand and Head of the clinical unit for community psychiatry in the Sedibeng District of Gauteng, doesn’t think the policy framework received much attention until recently. “I think it came into a stronger awareness with the Life Esidimeni Ombudsman Report and the Life Esidimeni Arbitration Hearings, which referred extensively to this policy framework. Before that, the department of health, the healthcare funders, decision-makers were very focused on the national health strategy (a more general health strategy),” she says.

One concern is that officials may not have been given enough guidance on how to implement the policy.

Robertson points out that it is not straightforward for officials such as directors, or even heads of departments, to know what exactly to do to implement the action points mentioned in the strategic plan section of the policy framework. She argues that the policy should have been accompanied by a detailed implementation plan.

The policy acknowledged the shortage of mental health practitioners and that there was a need for additional training, but progress in this area also seems at best patchy. 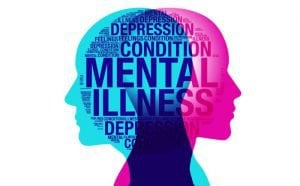 Rural Health Advocacy Project (RHAP) project officer Lungile Gamede, says studies in South Africa reveal that some patients presenting for mental health services are managed by registered nurses who do not have qualifications in psychiatric nursing science and posit that this practice may result in misdiagnosis and a possible relapse of mental illness.

“If nothing is done, this will pose a significant threat to the successful integration of mental health in primary healthcare in the future, where communities living in rural areas will bear the brunt. It is also vital that nursing education plays a role in closing the mental health treatment gap through social accountability in nursing education and producing nurses whose competencies align with disease burdens as healthcare workers who are mostly the first point of contact for patients at primary healthcare centres,” says Gamede.

Dr Sumaiyah Docrat, health economist and lecturer at the Health Economics Unit and Health Economics Division at the University of Cape Town says since the Policy Framework was gazetted, health budgeting and broader health system strengthening efforts towards the implementation of National Health Insurance (NHI) has reflected “an implicit neglect for mental health”.

“South Africa spends 5% of the total health budget on mental health services, which is in line with the lower end of international benchmarks of the recommended amount that countries should spend on mental health yet crude estimates indicate that [fewer] than 1 in 10 uninsured South Africans access services,” she says.

She also points out that information gaps have limited our ability to develop rational approaches to planning for mental health reforms and argues that “provinces should be provided with technical support to translate policies into costed plans”.

“Provincial and national budgets for mental health services are not reported or routinely available. There are still inequalities in spending on mental health in provinces with the spend ranging from 2.1% of the budget in Mpumalanga to 7.7% in the Western Cape,” she says. Docrat adds that broader mental health system resources including adequate infrastructure, human resources, community-based service platforms, and training opportunities vary widely with rural provinces as the most disadvantaged.

On a national level, Docrat says, 45% of the total spending is on specialised psychiatric hospitals and 8% on primary healthcare services. On average, 86% is spent on inpatient care and 14% on outpatient care. “The ideal is to move progressively towards a larger emphasis on primary healthcare because you are able to reach more people and you reach them earlier before they get so sick and require long-term hospitalisations,” she says.

According to Talatala, another obstacle was that the provinces were supposed to implement the framework and fund it from their provincial budgets.

Only 1 in 10 people with a mental illness are accessing Mental Health Care. Click the link below & tell us why more money needs to be invested in Mental Health – https://t.co/OgSKzwgzPR. #WorldMentalHealthDay #mentalhealth #MentalHealthMatters #MondayMotivation pic.twitter.com/k4bB0jS77i

In 2019, a Mental Health Investment Case for South Africa (MHIC) was commissioned by the National Department of Health to determine the costs and returns of a prioritised package of system and service-level interventions to inform the development of a clear national plan on the costs and benefits of investing in mental health over the next 15 years.

Once the investment case is released (expected before the end of 2021), Docrat says South Africa has a critical opportunity to put mental health at the core of its post-pandemic response. “From a well-being, human rights, and economic perspective – it simply makes sense,” she says. “Provinces must then be supported to develop appropriate and achievable plans, with financing ring-fenced to ensure that mental health is given the parity it deserves.”

Along with the investment case, a new policy framework is also expected in the next year or so.

Docrat says they are encouraged that the department is moving towards using evidence-based, locally derived, and contextualised evidence to develop the revised mental health policy framework.  “I am optimistic. COVID has exposed that no country has been spared from realising the weaknesses of their own mental health systems and the long-term economic damage that can result if not addressed,” she says.

National Department of Health spokesperson Foster Mohale says the policy played a pivotal role as a blueprint and roadmap that guided the reorganisation, further transformation, and strengthening of the South African mental health system.

“It provided the much-needed framework and roadmap to guide mental health service delivery in the country. Although there were strides made in the implementation of the Policy and Strategic Plan, there had been identified and reported challenges, which varied among provinces,” he says.

Regarding the budget, Mohale says the department receives only a proportion of the overall health budget allocation for the development of policies, norms, and standards. “The funds for mental healthcare, treatment, and rehabilitation get allocated to provinces through the Equitable Share, which is distributed accordingly for service delivery based on the identified priorities and needs in each province.  Resources are allocated by the National Treasury. Provinces then allocate the funds according to the determined needs, including the provisions of the Policy Framework and the Mental Health Care Act,” he says.

Mohale says the process of reviewing and updating the framework is underway with an “intersectoral forum” having been established and a finalised framework and plan expected in the next financial year. He says the framework will be aligned with the World Health Organization’s Comprehensive Mental Health Action Plan 2013-2030.

You can read the Department of Health’s full response to Spotlight’s questions here.

At the time Spotlight spoke to her, Patel said they were not aware of the process for the new framework having started.

According to Robertson, they will still refer to the old policy until there is a new policy framework. “We are still stuck until we have a new policy,” she says.

*This article is part of Spotlight’s special series on Mental Health. 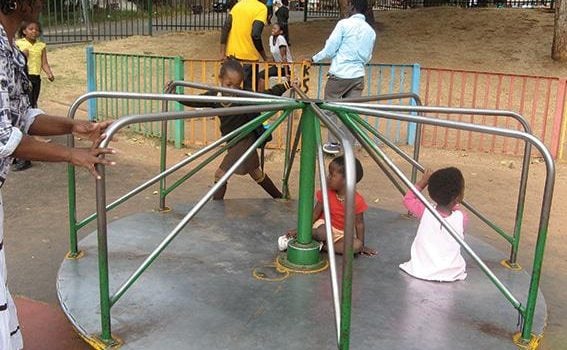 Last year there were over a thousand unidentified and unclaimed bodies in Gauteng mortuaries. Thabo Molelekwa asked health authorities in Gauteng about plans to address this backlog.