A painting shows a sick man inside a hand sanitiser bottle, surrounded with human skulls. The painting is the work of Xolani Sivunda, an artist based in Mfuleni, a township near Khayelitsha in Cape town.

“This artwork illustrates the importance of always adhering to the lockdown regulations such as sanitising, wearing of masks and keeping a social distance” says Sivunda. “Through this painting I just wanted to ring the alarm bells to our people that this COVID-19 is not a joke anymore. Every day we hear of people close to us who have succumbed to this virus, hence the many human skulls lying around.”

Sivunda says his paintings are a symbol of hope and that one day South Africa will defeat the COVID-19 pandemic and life will return to normal again.

His work can also be seen as part of a much wider societal effort to counter COVID-19 misinformation and vaccine scepticism.

‘Push back with facts and reason’

Stuart Jones is the director of projects at the Centre for Analytics and Behavioural Change, a non-profit linked to the University of Cape Town. Jones tells Spotlight that in an age of unprecedented distortion of the truth through mis- and disinformation, fake news, conspiracy theories and deliberate manipulation, the biggest challenge is to help people avoid the noise, and push back against this assault on truth with facts and reason.

“Most human behaviour, and most of the decisions we make, is based on what we know, on what we believe to be true. When people are armed with facts, they can make informed decisions about their behaviour, and they can take responsibility for their decisions,” Jones explains. “So ideally we have to counter every conspiracy theory, rebut every bit of fake news with factual information, seek out and point out all forms of narrative manipulation as they appear. When you consider the sheer volume of deliberate distortion that is out there on social media, and when you uncover all the devious tactics at play, you begin to see the size of this challenge. It’s an enormous task, and requires a co-ordinated, proactive, sizeable response supported by the appropriate resources.”

The messaging, according to Jones, has to be shaped in a way that counters mis- and disinformation. So it needs to be tailored to each specific intervention and ultimately, he adds, the goal is that facts and the truth should prevail over fiction and manipulation. (The difference between disinformation and misinformation is a question of intent. With disinformation the intention is to mislead, while with misinformation that is not necessarily the case.)

“Academic and research institutions also have a role to play by providing the skills we need for this relatively new field, and business has a very big role to play by helping with the funding and resources needed,” Jones says. “Structures within civil society, like religious and educational organisations, will also need to be activated if we are to counter misinformation and conspiracy theories effectively.”

Dr Kerrin Begg, a Public Health Medicine Specialist at the University of Cape Town’s Faculty of Health Sciences, agrees that an academic and research institution such as hers has an important role to play. “As a research institute with enormous expertise in vaccinology, I believe it is our duty to contribute to this endeavour and this starts by arming the public with facts about vaccines,” she says.

She says one of the greatest challenges is that information and knowledge does not necessarily change behaviour (e.g. smoking, drinking excessively) and that government needs to learn from social marketing approaches. This in part, she says, is due to the apparent “certainty” that conspiracy theories provide versus science which is open about uncertainty.

“Historic fallacies about vaccines such as the autism debacle (claims that vaccines cause autism), despite being disproven, continue to feed vaccine hesitancy,” says Begg. “Unless people can see what’s in it for [them], they will rarely change behaviour. Similarly, unless a person can see the near and present risk or danger to themselves or their loved ones, people tend to believe (whether subconsciously or consciously) that it won’t happen to [them].”

When asked how government and civil society should shape their messaging for the biggest impact, Begg says a good starting point is ensuring that accurate information is spread pervasively through the media, social media, and civil society to drown out the fake news and conspiracy theories. “We need to be learning from social marketing, psychologists and human behavioural scientists about what and how to message, how to package and propagate the messaging,” she says.

Cape Town-based General Practitioner, Dr Karen Van Der Kets who is part of a group of doctors dedicating their time advising schools on COVID-19, says government needs to understand what people’s concerns and worries are regarding vaccines so that they can be properly addressed.

She says it is difficult to address and fix a problem “if you actually don’t understand what the problem is”. She adds people are generally scared of things that are new or different and some of these vaccines are new and they don’t yet have a track record so, people may feel that the new vaccines are too new for them and don’t feel comfortable using them.

Without mincing his words Jones says the biggest risk that misinformation poses is death –death on a vast scale. “People can die if they base their decisions on some of the conspiracy theories that are currently circulating on social media and in communities,” he says. “Also, if some of the more reasonable questions that people have are not addressed, they may also choose not to be vaccinated.”

Jones says the solution lies, in part, in launching a massive “Truth Offensive” throughout our society. “We have to counter each false statement, all the fake news and every conspiracy theory, at a massive scale. A second leg of the solution would be to alert social media users to the extent of the mis- and disinformation that is out there, and to help them avoid risks by seeking and finding the truth,” he says. “In the longer term, civil society and government has to work out how we manage the risks and dangers of social media, without losing its enormous benefits and its potential to advance social cohesion.”

Jones adds that the COVID-19 pandemic is a steep and slippery learning curve for everybody, and government has been forced to make decisions on the run. “It’s really important to recognise that government was operating in an information vacuum, as what we were facing was so unknown, and that those that criticised often did so from a very partisan perspective. Of course things could have been done better, but that is the nature of this crisis – hindsight is a perfect science,” says Jones.

National Department of Health spokesperson Popo Maja agrees that vaccine misinformation is very dangerous. He says a worrying factor is that disinformation is easy to find online and as South Africa braces for the roll-out of vaccines it is influencing people on deciding whether to be vaccinated.

“But as the Ministry of Health we have been engaging various stakeholders to brief them about where the country is with regard to not only the procurement of COVID-19 vaccine but also on dispelling the myths that are out there,” says Maja. “The media briefings and webinars that we have had since the beginning of 2021 in the build-up to the roll-out of the vaccines are part of the public communication and awareness campaigns.”

As the vaccines will be rolled out in phases (starting with healthcare workers), Van der Heever points out that communication cannot be “built” in a linear manner but takes place within a wider context. “Messages will not be contained to one phase and will be overlapping with one another. The role of provincial communication is to re-assure the public by giving evidence-led communication, inspire trust in the vaccine and the roll-out process; and encourage uptake and vaccine readiness,” he says. “Communication will consist of credible science-based information to support the roll-out and provide reassurance [about] the vaccine, the process, the ethics of the project while addressing various concerns pro-actively and responsively.”

He adds that the province has established a multi-sectoral communications group, including vaccine and public health experts. “Thus, while the first phase will focus on the health workers, our communication will be targeted to broader audiences within all phases. We have already engaged health workers and labour on their concerns, which will be addressed as part of our engagement process with them. The same approach will be followed with a wide range of stakeholders,” Van der Heever says.

“We have been working around the clock to educate our people. These conspiracy theories can have [a] devastating impact on the very real fight against COVID-19. But we think people now understand that the vaccine is here to help them and not to kill them,” she said. “We are using community radio and TV stations to educate our people about these fake news. We have our own platform in the form of the ‘Lunch Time Chat’ every Friday where we have engagements with our people in [the] IsiZulu language. We have also put posters [on] social media and going forward we will be also focusing on newspapers to spread awareness and dispel the myths about the vaccines,” Simelane-Zulu said.

In the same meeting, Limpopo Health MEC Popi Ramathuba told MPs the province has also intensified its communication to dispel vaccine myths and fake news. Ramathuba said she and Limpopo Premier Stan Mathabatha together with other senior Limpopo government officials would be vaccinated in public to show people that vaccines are safe.

A similar call has been made by Eastern Cape Premier Oscar Mabuyane who called on all government leaders to lead from the front and get vaccinated first.

Initial results from an antibody survey conducted in the Cape Town Metro indicate that of 2 700 pregnant women and people living with HIV making use of the public healthcare system, 40% have previously been infected with SARS-CoV-2. Adele Baleta has the details. 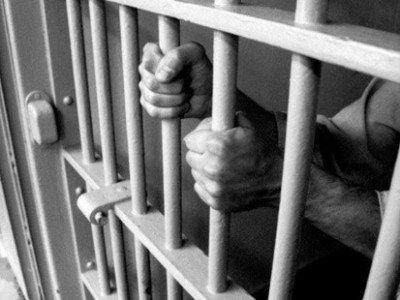 A residential facility for older persons in the Western Cape this week recorded a COVID-19 related death, while a number of new infections were reported at another facility in the province. Elri Voigt asks whether everything is in place to protect our older persons from the expected surge in COVID-19 cases.